Directions (1-10): Read the following passage carefully and answer the questions given below them. Certain words/phrases have been printed in bold to help you locate them while answering some of the questions.

The hotline conversation between the Director Generals of Military Operations of India and Pakistan and their agreement “to undertake sincere measures to improve the existing situation ensuring peace and avoidance of hardships to the citizens”, and to “fully implement the ceasefire understanding of 2003 in letter and spirit forthwith” is a long-awaited development. The wording of the near-identical statements issued by India and Pakistan is the most promising heard from the bilateral front in the last two years, especially the recommitment to the 2003 ceasefire. It was the ceasefire that paved the way for the Vajpayee-Musharraf statement of 2004 and a dialogue that lasted until the Mumbai attacks. What Tuesday’s agreement may lead to is still uncertain. It is sufficient that the two sides have unequivocally said they will respect the ceasefire. Scores of civilians living along the LoC have perished in these incidents, which spiked after the 2016 attack on the Uri garrison and the subsequent strike by India inside PoK. In the same period, India has lost more soldiers in ceasefire violations than at any other period of peace time. On the same day as the DGMOs spoke, the Kashmiri separatist leadership, responding to Union Minister Rajnath Singh’s offer of talks, indicated it was open to dialogue with the Centre, without any mention of its usual preconditions.

If all this does not square with the Pakistan Army-created kerfuffle over a book length conversation between two long retired spy bosses of India and Pakistan in which neither says anything that is not already in the public realm, it is because in India-Pakistan relations, trying to reconcile everything is near impossible. The Pakistan Army’s decision to pull in its former DG ISI and put him on the “exit control list” for shooting the breeze with his friend, a former head of RAW, on Kargil among other things, should be seen as of a piece with the power struggle in Pakistan.

A general election is due to be held in Pakistan in a couple of months, and a former chief justice has been appointed to head the caretaker government. The disqualified-for-life Nawaz Sharif has been addressing rallies and public meetings, alleging the Army was behind his removal, and indeed, behind all Pakistan’s problems. His remarks that “non-state actors” had been allowed to cross Pakistan’s borders and kill “common people” in Mumbai have not gone down well with the Army. The former DG ISI, not particularly known as a friend of Pakistan’s civilian governments, broadly vindicates Sharif’s position in the book co-authored with his Indian friend. His former institution had to act quickly, before the carefully built up narrative against the “anti-national” Sharif started disintegrating. For the Pakistan Army, though, the real message is that narratives cannot be controlled beyond a point. That the entire drama unfolded at a time when India and Pakistan have taken steps to reduce hostilities only makes the self-serving nature of nationalist narratives more obvious.

Q1. As per the passage, Nawaz Sharif was disqualified from his duties. Whom did he allege for his disqualification?

(e) None of the Above

Q2. Which of the following statements is/are correct in context to the passage?

(I) Ceasefire paved the way for the Vajpayee-Musharraf statement of 2004.

(II) The former DG ISI justifies Sharif’s position in a book co-authored with his Indian friend.

(III)A general election is due to be held in Pakistan in a couple of months, and a former chief justice has been appointed to head the caretaker government.

(d) All are correct

Q3. As per the passage, what were the postulates of agreement that awaited development between India and Pakistan?

(a) Improving the existing situation and ensuring peace to citizens.

(b) Full implementation of the ceasefire understanding of 2003 in letter and spirit forthwith.

(c) To successfully conduct general elections to be held in Pakistan.

(e) All are correct.

Q4. What is meant by the idiom “shooting the breeze” used in the passage?

(a) Enjoying a pleasant weather.

(c) To spend time talking about things that are not important.

(d) To do something different and amazing.

(e) None of the Above

(I) Scores of deaths of civilians along the LOC spiked after the 2016 attack on the Uri garrison.

(II) India lost less soldiers in ceasefire violations than at any other period of peace time.

(III) Restoring friendly relations between India and Pakistan is near to impossible.

Q6. Choose the word which is MOST SIMILAR to the word given in passage.

Q7. Choose the word which is MOST SIMILAR to the word given in passage.

Q8. Choose the word which is MOST SIMILAR to the word given in passage.

Q9. Choose the word which is most opposite to the following word given in bold in the passage

Q10. Choose the word which is most opposite to the following word given in bold in the passage

Directions (11-15): In each of the following sentence, there are two blank spaces. Below the sentences, there are five options and the blanks are to be filled with the pair of words given below to make the sentences correct. Fill up the sentences with the correct word.

Q11. With borrowing costs set to rise and global trade tensions adding to uncertainties for India’s exporters who are yet to capitalize on the rupee weakness, policymakers will need to ………….. populism and stick to policy …………… if the tenuous momentum is to be sustained.

Q12. Due to the …………. quality of elections, the formerly fifth largest democracy is classified as an autocracy again. These developments are worrying for citizens because corruption, social exclusion and barriers to fair economic competition continue to be more ………….. in autocracies.

Q13. In a country which has had three-decade-long military dictatorships, …………. caretaker governments are somewhat of a ………….

Q14. Mandatory pre-litigation mediation puts the ………….. in the court of the parties involved, rather than looking at external agencies like courts, and urges them to ………… with and resolve disputes.

Q15. The youth climbed over the vehicle and started ………….. it with stones, then the driver sensitively ………… to take the vehicle out of the crowd.

Sol. All are correct.

Sol. Shooting the breeze: To spend time talking about things that are not important.

Sol. Perish: to cause to die

Succumb: fail to resist pressure, temptation, or some other negative force/ die from the effect of a disease or injury.

Sol. Vindicate: show or prove to be right, reasonable, or justified.

Exonerate: (of an official body) absolve (someone) from blame for a fault or wrongdoing.

Agitate: make (someone) troubled or nervous.

Sol. Unequivocal: in a way that leaves no doubt.

Dubious: something you have doubts about or you suspect is not true

Sol. Eschew– to avoid; to shun; to shy away

Prudence– the quality of being prudent(careful)

Prevalent– superior in frequency or dominant

Novelty– the state of being new or novel; newness

Sol. Ball– ‘put the ball in the court’ is a phrase which should be used in its original form

Engage– to keep busy or occupied

Managed– to handle or control 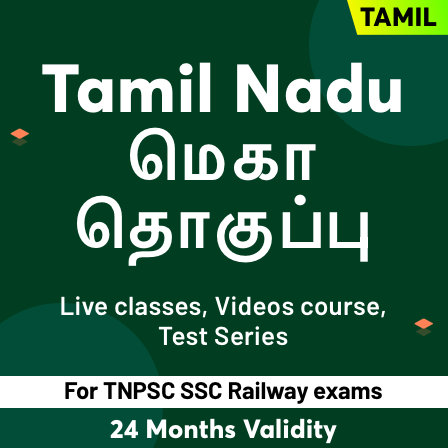