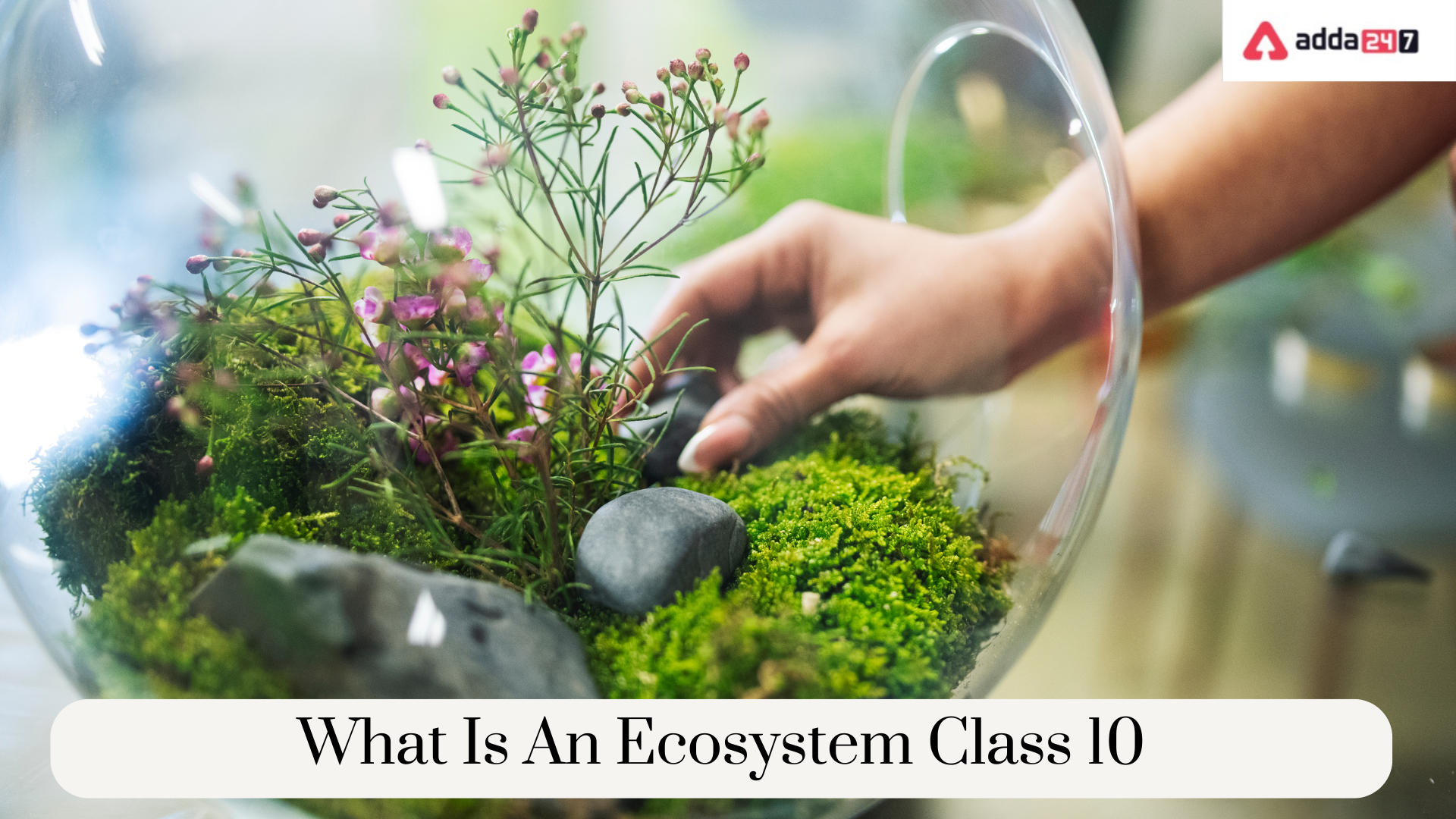 What Is An Ecosystem?

What Is An Ecosystem? The answer to this Question is- A complex relationship between all the living and nonliving things (plants, animals, organisms, sun, water, climate etc)interact with each other is known as ‘An Ecosystem’. Ecosystems are the foundation of the ‘Biosphere’ and maintain the natural balance of the earth.

For example, let’s take the relationship between sheep and lion in the ecosystem; for its survival, the lion eats the sheep. And each relationship like this has an effect on other creatures and plants living in the same area.

Hence, if the lion eats more sheep, it has an effect on the plants too; they begin to flourish; since there aren’t many sheep to eat the plants.

This foreign factor could be anything ranging from rising temperature to the tsunami. Not just the foreign factor but man-made can also destroy the ecosystem.

What Is An Ecosystem?- Components

All ecosystems rely on the sun’s dazzling brilliance as their primary energy source. The autotrophs (self-sustaining organisms) take up this energy and employ photosynthesis to create simple carbohydrates by converting CO2 and H2O.

These carbohydrates serve as energy stores for the autotrophs, who use that energy to create more sophisticated organic products like lipids, proteins, and starches that are necessary for the organism to thrive. The ecosystem’s producers are these autotrophs.

The organic substances that autotrophs make aid in the survival of heterotrophic species. Furthermore, because heterotrophs are unable to produce their own food, they act as the ecosystem’s consumers. Every living thing, including bacteria, fungi, and animals, is a heterotroph.

What Is An Ecosystem?- Types

An ecosystem consists of three types of ecosystems, another term for which is ‘Biomes’. The three major types are:

Aquatic biomes are the ones one finds in water bodies, such as oceans, rivers, seas, lakes, springs, etc.

This biome is further divided into smaller ecosystems:

Pond ecosystems are comparatively small and mostly include many kinds of amphibians and insects. At times one can also find fishes here but they aren’t capable of moving as easily as the amphibians.

This ecosystem consists of fishes along with plants, amphibians, and insects. One may also find birds that hunt in and around the water for its food (small fishes).

Here one can only find tiny fishes and corals that live in shallow waters close to land.

These are a kind of ecosystem where one can find gigantic sea creatures that live at the deep bottom of the sea. Creatures that wouldn’t be visible to the normal human eye.

Terrestrial ecosystems are ecosystems that are found on land that include forests, deserts, grasslands, tundras, and coastal regions. There can be more than one terrestrial biome depending on its climate. This ecosystem further divides into:

Rainforests are the kind of ecosystems that are extremely dense because of a variety of organisms living in a tiny area.

Tundra is the kind of ecosystem that is a relatively simple ecosystem since only a few life forms can survive this ecosystem; especially because of its harsh conditions.

They are the opposite of tundras, yet they have extreme conditions. Animals prefer to live in extreme heat rather than extreme cold.

One can find more forests than any other ecosystem in the world such as deciduous and coniferous forests. Forests can support many life forms and complex ecosystems.

These are the kinds of ecosystems that support both aquatic and terrestrial life forms such as swamps. The only requirement is that this kind of ecosystem is the exposure for the photosynthesis process to happen; since organisms here survive on the carbohydrates made by photosynthesis.

What Is An Ecosystem?- Important Ecological Concepts

The sun is the ultimate source of energy on earth. It provides the energy required for all plant life. The plants utilize this energy for the process of photosynthesis, which is used to synthesize their food.

During this biological process, light energy is converted into chemical energy and is passed on through successive trophic levels. The flow of energy from a producer, to a consumer and eventually, to an apex predator or a detritivore is called the food chain.

Dead and decaying matter, along with organic debris, is broken down into its constituents by scavengers. The reducers then absorb these constituents. After gaining the energy, the reducers liberate molecules to the environment, which can be utilized again by the producers.

An ecological pyramid is the graphical representation of the number, energy, and biomass of the successive trophic levels of an ecosystem. Charles Elton was the first ecologist to describe the ecological pyramid and its principals in 1927.

What Is An Ecosystem?- FAQs

Question 1 What is the ecosystem?

Ans. The ecosystem is the community of living organisms in conjunction with non-living components of their environment, interacting as a system.

Question 2 What are the different types of ecosystems?

Ans. The different types of the ecosystem include:

Question 3. What are the functional components of an ecosystem?

Ans. The four main components of an ecosystem are: