Skip to content
Online Tution   »   Tripura To Sponsor 30 Students For... 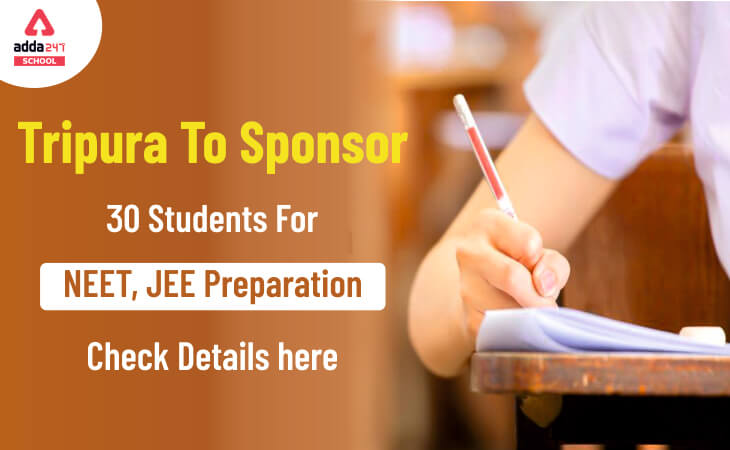 The Tripura government has introduced a new educational scheme, the ‘Super 30’ as announced by the education minister, Ratan Lal Nath to the reporters on Sunday, May 17, 2020, at the state secretariat. This novel scheme is aimed at providing coaching assistance to medical and engineering students who aspire to crack NEET and JEE, starting from the current academic year. The selection of the 30 students for the scheme will be based on their academic excellence and performance in scientific papers in the Madhyamik (matriculation) examination conducted by the Tripura Board of Secondary Education (TBSE). The scheme also will have reservations for THE SC/ ST candidates.

The list of eligible students will be prepared by the TBSE, on the basis of their board exam results. This final list will be subsequently prepared by reviewing the individual lists of 20 SC candidates, 30 ST candidates and 50 general candidates as compiled by the board. In addition to this, the annual family income of these students has to be less than eight lakhs in order to make them eligible for this benefit.

The eligible students can choose to study at prestigious coaching institutions anywhere in India, for which the government will bear the fee with an estimate of 2.40 lakh per student. This sums up to a total of 72 lakhs per year of financial involvement that this scheme is proposed to have. The coming years will see a much more increased estimate for the scheme, with 1.44 crore per year.

With over 3690 students taking Science in senior secondary Stream in the year 2019, as according to the statistics by Tripura Board of Secondary Education (TBSE), the education minister believes that if given enough resources, the students of Tripura can hit the jackpot in getting admissions to most prestigious institutions of India.

Having a total 546 MBBS colleges with a cumulative count of 72,098 seats, 313 BDS colleges with 26,773 seats, several IITs, NITs and IIITs in India, the education minister has full confidence that with the financial aid being provided, the students of Tripura can compete in the same field as anyone from anywhere across the length and breadth of India.

Last year, a total of 27,155 candidates including 13,906 male and 13,249 female students, had appeared in the Higher Secondary segment of Tripura state board exams. 80.51 per cent students among them had passed, which is a subsequent increase from the 78.62 percent pass rate of the previous year, 2018.

The state has also proposed plans to keep track of the progress of these students and monitor their learning process. “Education department officials would be in charge of inspecting the progress of their study by visiting respective coaching centres twice a year and quarterly reviewing their performances”,  said Mr. Ratan Lal Nath.

Even though the name ‘Super 30’ is taken from Anand Kumar’s Ramanujan School of Mathematics in Patna, this scheme has no relation whatsoever for any inspiration derived from the former.