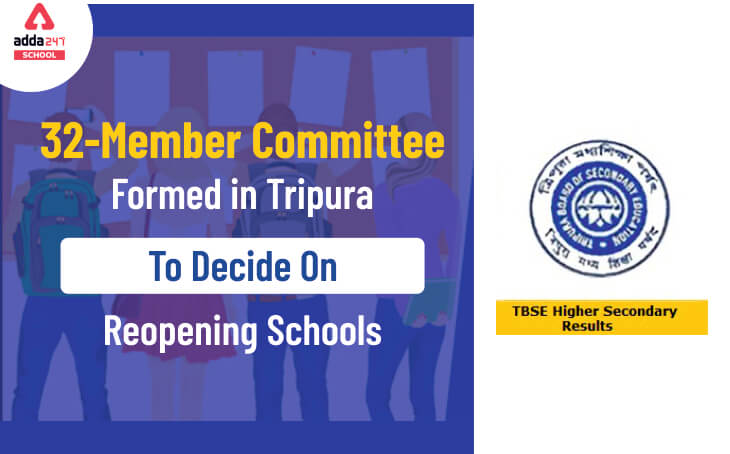 Tripura Govt. Forms: The extended closure of schools in Tripura has been causing a lot of problems for the students who are trying hard to continue with their education amidst all the uncertainties. Earlier the government had plans to re-open the schools as and when the situation normalizes but as the cases are increasing steadily over the last few days, the state government has now decided to take some firm steps in this direction. The education minister of Tripura, Mr. Rattan Lal announced that the state government has decided to form a committee that will be composed of 32 members to take a final decision regarding the reopening of the schools in the state.

Details of Committee Members Shared by The Minister

Reopening of Schools: The committee will be headed by the education minister himself, and consists of former education minister Mr. Tapan Chakraborty, vice-chancellor of the Tripura Central University (TCU) as well three directors of as many wings of the education department in the state. The other members of this committee will include the directors of three wings of the health department, representatives from social workers, journalists, and student bodies like ABVP (Akhil Bharatiya Vidyarthi Parishad), NSUI (National Students Union of India), and SFI (Students Federation of India). Moreover, six additional invitee members will take a decision regarding the reopening of minority educational institutions line missionary schools and madrasas.

School Results 2020 Declare Soon: The education minister also informed the media that the government is preparing to release the results for all levels of school examinations latest by 25th June 2020. The results will be declared in a phased manner which will comprise three stages. Additionally, the mark sheets will be provided to the parents and the teachers will not be allowed inside the school premises. Moreover, the students will be awarded grace marks to help them pass the exams in view of the present situation in the state.