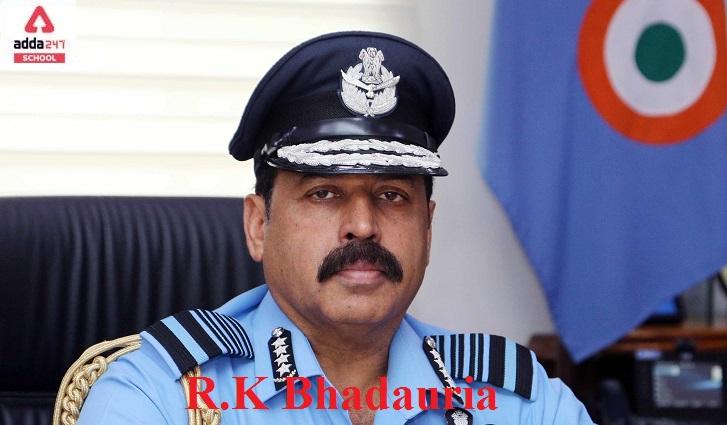 The First and Current Air Chief Marshal of India

When India became a republic on January 26, 1950, the “Royal” designation was lost. As a result, the head of the Indian Air Force has been renamed “Chief of the Air Staff and Commander-in-Chief, Indian Air Force.”

The Commanders-in-Chief (Change in Designation) Act of 1955 changed the name of the IAF’s top officer to “Chief of Air Staff.”

Until 1966, when the job was raised to the four-star level of Air Chief Marshal, the position was held by a three-star Air Marshal.

The Appointments Committee of the Cabinet is in charge of making appointments to the position (ACC). The CAS retires after three years in office or reaching the age of 62, whichever comes first.
Read About: Mother Teresa

Who is the Air Chief Marshal of India?- R.K.S. Bhadauria

Air Chief Marshal Rakesh Kumar Singh Bhadauria is the current Chief of the Air Staff of the Indian Air Force, having taken over from Air Chief Marshal Birender Singh Dhanoa on 30 September 2019. On September 30, 2021, he will retire. Bhadauria is a graduate of the Defence Services Command and Staff College in Bangladesh, as well as the National Defence Academy in Pune, where he earned a master’s degree in defence studies.

Bhadauria is from Korath, a village in the district of Agra’s tahsil Bah. Suraj Pal Singh Bhadauria, his father, was a Junior Commissioned Officer in the Indian Air Force who retired with the rank of Master Warrant Officer. Mrs Vidhya Vati is the mother’s name, and her parents live in Gwalior. Sonali Singh and Sourabh Bhadauria are his two children from his marriage to Asha Bhadauria. Mrs Kusum Chauhan, who lives in Etawah (U.P. ), Mrs Kiran Raghav, who lives in Chandigarh, and Mr Rajeev Singh Bhadauria, who lives in Panchkula, are his two older sisters and younger brother.
Read About: Maharaja Ranjit Singh

What is the name of India’s five-star general?

What is the name of the Indian army’s founding father?

The father of the Indian army is Major Stringer Lawrence.

How many soldiers does the Indian Army have in total?

With about 1.4 million active members, the Indian Armed Forces are the world’s second-biggest armed force and has the world’s largest volunteer army.

Who is the current Indian Army General?

What is the name of India's five-star general?

What is the name of the Indian army's founding father?

The father of the Indian army is Major Stringer Lawrence.

How many soldiers does the Indian Army have in total?

With about 1.4 million active members, the Indian Armed Forces are the world's second-biggest armed force and has the world's largest volunteer army.

Who is the current Indian Army General?