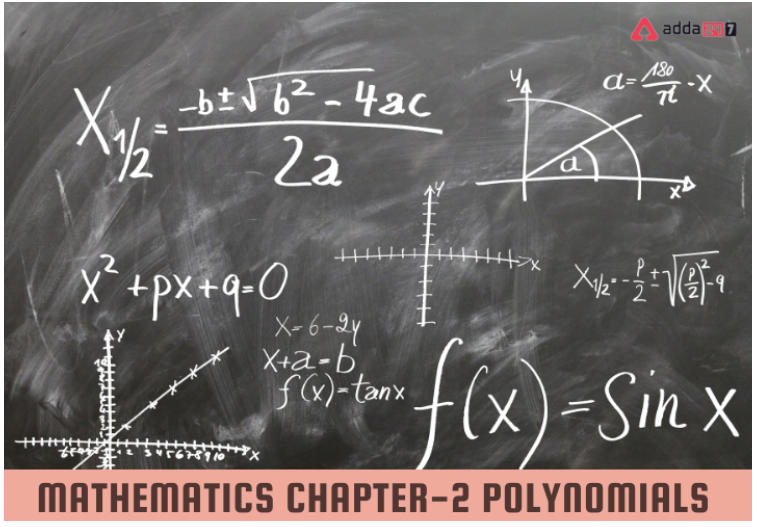 Exponents in an algebraic expression may be rational numbers. The exponent on any variable in an algebraic statement called a polynomial, on the other hand, must be a whole number.

5×3+3x+1 is an example of a polynomial. It is an algebraic expression as well.

2x+3√x is an algebraic expression, but not a polynomial. – since the exponent on x is 1/2 which is not a whole number.

What is Degree Of Polynomials?

The degree of the polynomial is the largest exponent on the variable in a polynomial with one variable.

Example: The polynomial x2+2x+3 has a degree of 2, as x2 is the largest power of x in the provided expression.

Another illustration: The polynomial x8 + 2×6 – 3x + 9 has degree 8 because that number is the highest power in the supplied expression.

What is Types Of Polynomials?

Polynomials can be classified based on:

Types of polynomials based on the number of terms

A polynomial whose degree is one is called a linear polynomial.

For example, 2x+1 is a linear polynomial.

A polynomial of degree two is called a quadratic polynomial.

A polynomial of degree three is called a cubic polynomial.

Polynomials for Class 9 and 10 Graphical Representation

Here, let’s examine the graph representation of a polynomial equation.

Equation Representation On A Graph

For instance, the straight line formed by the graph’s equation y = x will connect all the spots whose x and y coordinates are equal. For instance, (1,1), (2,2), and so forth. 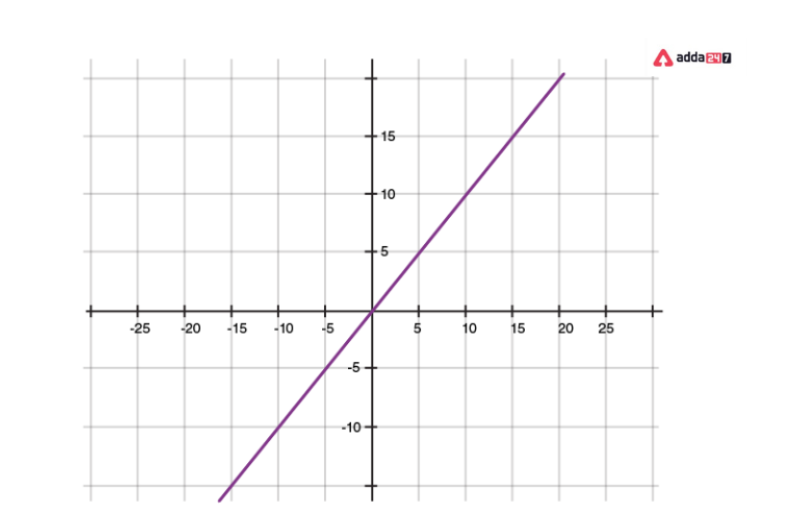 Geometrical Representation Of A Linear Polynomial

A linear polynomial has a straight line for its graph. It precisely cuts the X-axis at one place. 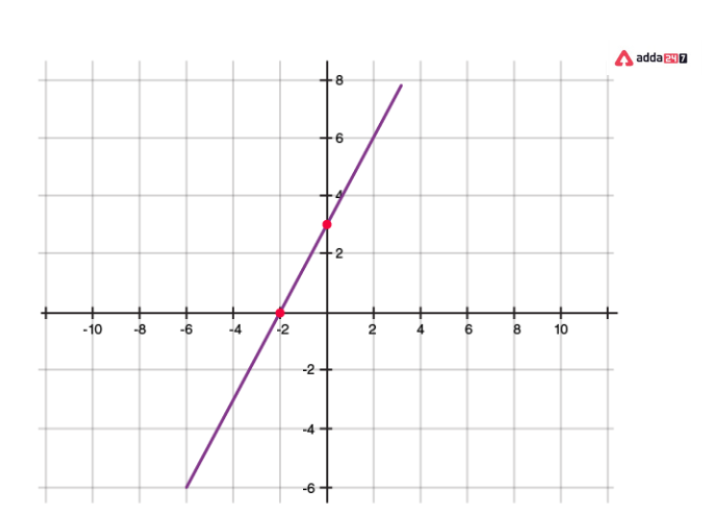 Geometrical Representation Of A Quadratic Polynomial 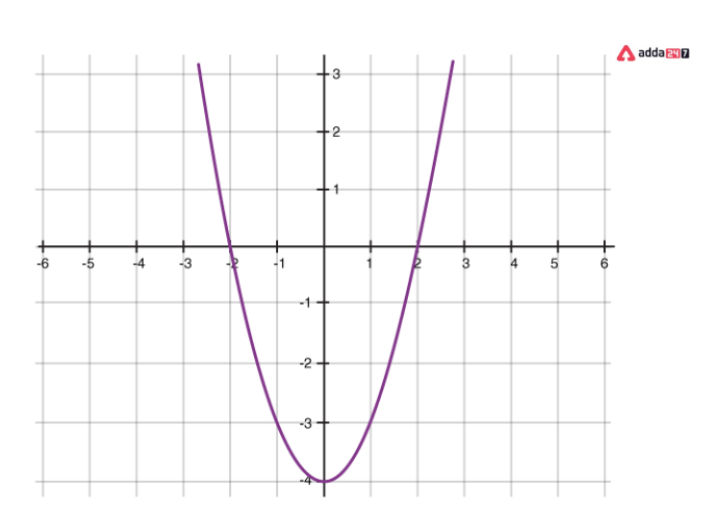 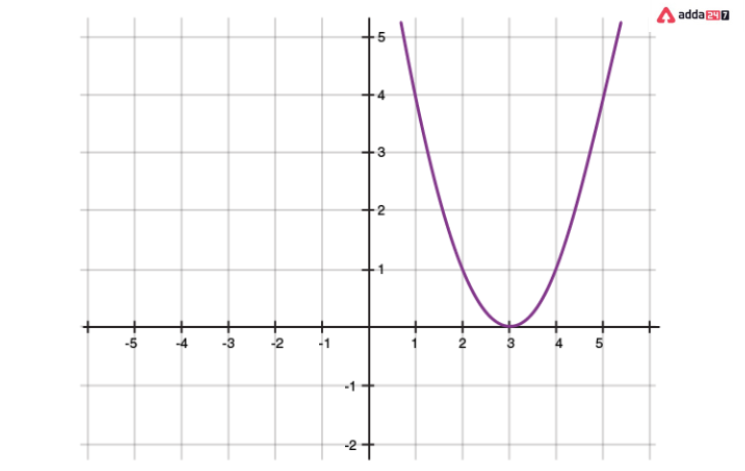 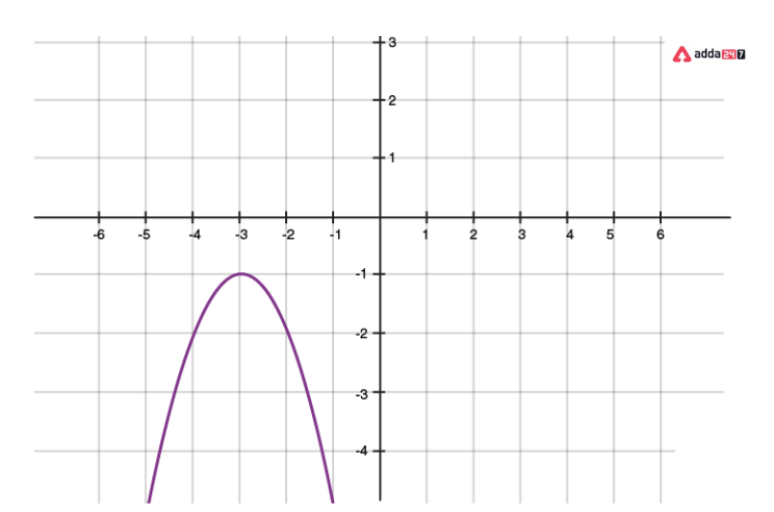 A quadratic polynomial’s (a<0) graph showing that it does not touch the x-axis.

Graph of the polynomial x^n

For a polynomial of the form y=xn where n is a whole number: 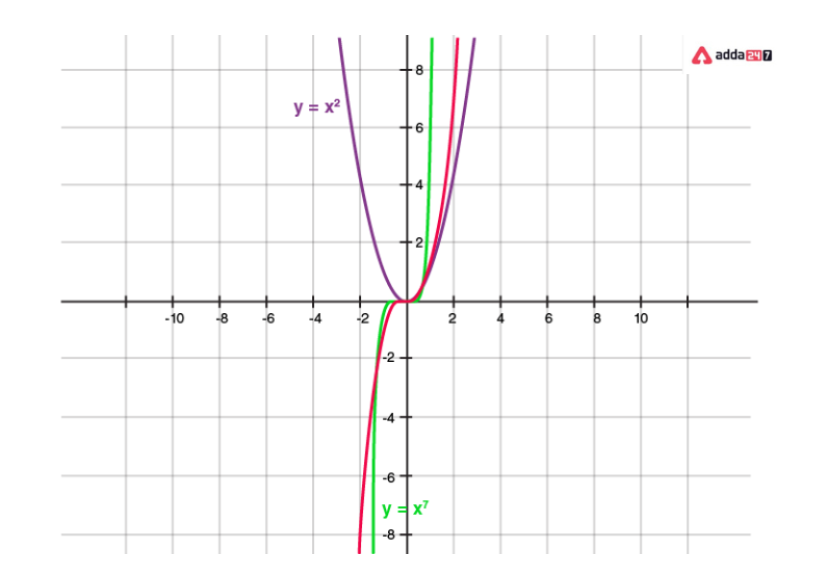 Geometrical Meaning Of Zeros Of A Polynomial

A polynomial’s zeros are, geometrically speaking, the locations where its graph intersects the x-axis.

Here A, B and C correspond to the zeros of the polynomial represented by the graphs.

A polynomial of degree n typically contains no more than n zeros.

Quadratic polynomials can be factorized by splitting the middle term.

For example, consider the polynomial 2×2−5x+3

Taking (x−1) as the common factor, this can be expressed as:

Let us assume that P(x) and G(x) are the two polynomials, such that G(x)≠ 0, then the division algorithm states the formula to find Q(x) and R(x) of the polynomial.

Thus, the formula stated by division algorithm is:

Follow the instructions below to divide one polynomial by another.

Step 1: First, sort the terms of the dividend and the divisor according to decreasing degree.

Step 3: The payout for the following division is the leftovers from the previous division. Continue doing this until the remainder’s degree is lower than the divisor’s degree.

Ques. Find the condition that zeroes of polynomial p(x) = ax2 + bx + c are reciprocal of each other.

Ques. Find a quadratic polynomial, the sum and product of whose zeroes are -8 and 12 respectively. Hence find the zeroes.

Solution: In case of division of a polynomial by another polynomial, the degree of the remainder (polynomial) is always less than that of the divisor. (x – 2) can not be the remainder when p(x) is divided by (2x + 3) as the degree is the same.

Ques. What does a polynomial class 10 zero mean?

Ans. The locations where a polynomial becomes zero overall are known as the zeros of the polynomial.

Ques. What is a polynomial’s value?

Ans. The value of a polynomial at a particular point is defined as the value that the provided function yielded at that moment.

Ques. Are roots present in all polynomials?

Ans. Any real number that is not negative has a square root, as does every polynomial with an odd degree and real coefficients.

Ques. Which polynomial’s initial term is each one?

Ans. The leading coefficient is the first term of a polynomial.

Ans. There is no zero in a quadratic polynomial.

Ques. Can there be more than one zero in a polynomial?

Ans. In a polynomial, there can only be one zero.

Ques. Can Polynomials may be infinite.

Ans. Of course it can. However, any polynomial of degree infinity has either infinite or no solutions.

Ques. Are binomials a type of polynomial?

Ans. Since polynomials can have more than two terms, they are not all binomials. The claim is untrue as a result.

Ques. What are the polynomial’s two components?

Ans. Simple rules govern the definition of polynomials. Because polynomials are sums of variables and exponents, the prefix “Poly” denotes “many.”