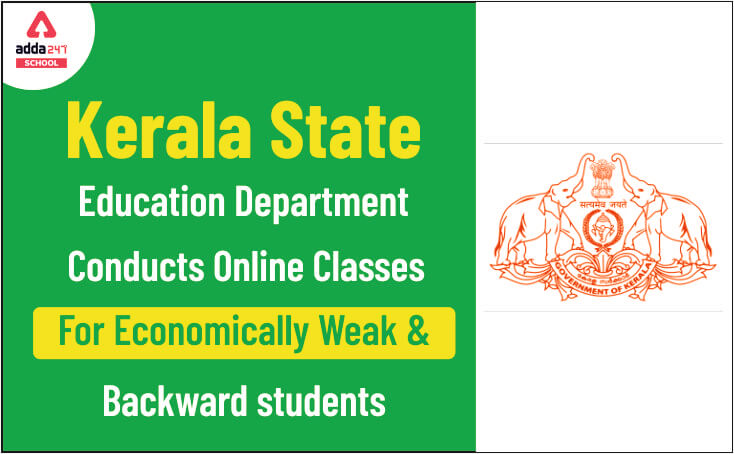 Kerala Education Department has taken the initiative to make the online classes being conducted easily accessible for economically weak and backward students. Many students from economically weaker backgrounds were facing problems with accessing the online classes being organized for different classes. So, the state government has decided to conduct online classes for economically weak and backward students at libraries and Anganwadis. As these students do not have access to computers, smartphones, or television, the initiative from the state government will go a long way in helping the students continue their education. Read Also | Karnataka School: No Online Classes For Children Till Class 5, Karnataka Government

While interacting with the media, a state education officer stated that “This year it’s somewhat impossible to open schools, but the state government has introduced a new method of online learning. On June 1, the state government introduced a trial run of online learning.” The officer added that a lot of students from backward and poor communities regularly come to these centers for their lessons. This has addressed the problem of the lack of smartphones with their families.

Details About The Online Classes

The local community and gram panchayats are also playing their part in this initiative of the state government. While interacting with the media regarding the online classes, a teacher from Maruthonkara in Kozhikode explained the entire process of the classes being conducted at the libraries and Anganwadis for the tribal students in the area. The Maruthonkara Grama Panchayath has provided screens, a laptop, and a projector to help the students attending the classes. Check Also >> New Education Policy: Sports To Be Included as an Integral Part of The Curriculum – Sports Minister

These classes at the libraries and Anganwadis are being conducted through the first-ever education satellite channel in India, Victors. The classes are regulated and conducted by the state education department. Classes are conducted from 10.00 AM to 5.00 PM on weekdays for students from different classes. The detailed schedule of the classes has already been shared with the students, to help them plan their studies accordingly. Additionally, students from the “Kaattunayaka” tribe in the state are also attending the online classes at these centers as per the schedule.

No Certainty Over Re-opening of The Schools

The schools in Kerala have been closed ever since the cases started emerging in the state in the month of March. That is why the government took the initiative to conduct online classes through the exclusive satellite channel Victers, to ensure that the students can continue their learning process. As the chances of the schools in Kerala opening anytime soon look quite bleak, so the students will do well to continue their education using the online classes being organized by the education department in the state. The pending exams for class 10th and 12th students had to be postponed multiple times in the state as well due to the extended lockdown. Check Also >> Yoga Olympiad 2020: NCERT To Hold Yoga Olympiad Online This Year, Check Details