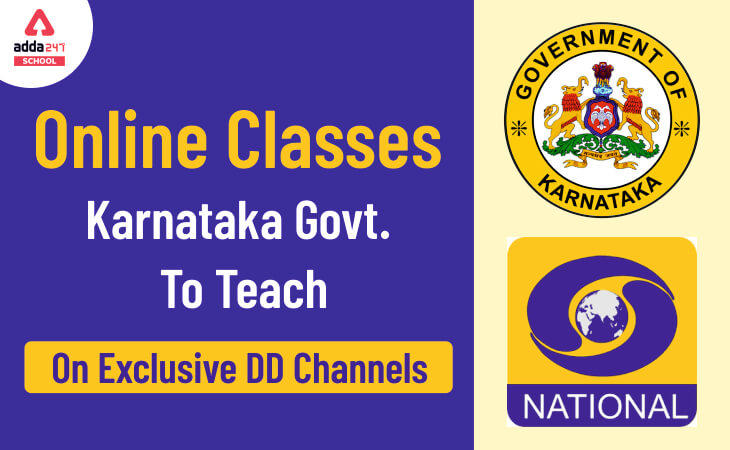 With the unforeseen outbreak of the global pandemic caused by the novel Coronavirus, the whole world has come to a standstill. Academics had also been abruptly disrupted with no prior planning, and online modes of teaching and learning have taken over to be the new norm. It is in light of this that the Karnataka State government has approached the Union Ministry of Information and Broadcasting to help them with televising classes in a statewide fashion.

“We request you to provide a minimum three channels on the Doordarshan network exclusively for the Department of Public Instruction, Government of Karnataka,” the letter to Union I&B Minister Prakash Javadekar by Primary and Secondary Education Minister Suresh Kumar read. Check Also >> Karnataka SSLC Exam Date 2020: Guidelines Issued For Exams, Dates To Be Released Soon!

Channels Sought To Help Students With Their Lessons

In his letter of request, Mr. Suresh Kumar has also mentioned that the Information and Broadcasting ministry may also consider co-branding a few channels under the Doordarshan as well as the education department of the state. The minister has sought the help of the ministry of I&B to allow at least 3 channels on DD network for the purpose of teaching and learning exclusively by the department of public instruction. These channels should be made mandatory for transmission by the MSOs and the DTH cable operators abiding by the Cable Act.

The education department of Karnataka has gone the extra mile in holding a discussion with the Prasar Bharti officials, who have agreed upon telecasting on the existing channel Chandana, which is the educational channel of the state, for a total of six hours time slots on a charged basis. Keeping this in mind, designated teachers have been contacted for creating the content to be televised. “We have also made all the necessary arrangements for content creation by the teachers,” said Mr. Kumar. The government schools in the state are operated in nine regional languages, including Kannada, English, and Urdu. However, the teaching and learning process through television has been decided to be conducted in Kannada medium. Check Latest >> Maharashtra Schools To Begin From 15 June, Starts With Online Classes

Apparently, the medium of television had occurred to the department of public instruction, and the most effective medium for home learning as almost 95% of the households had them. This conclusion had been made after considering all other technological options, meanwhile. “To cater to all the students and to consider a long-term strategy to run schools by maintaining social distancing, we are in immediate need of a minimum three exclusive channels to teach through TV,” the minister had added. This cost-based initiative needs a huge capital expenditure for which the Government of Karnataka is short of funds. This is the reason why the government has approached the Information and Broadcasting ministry for help.