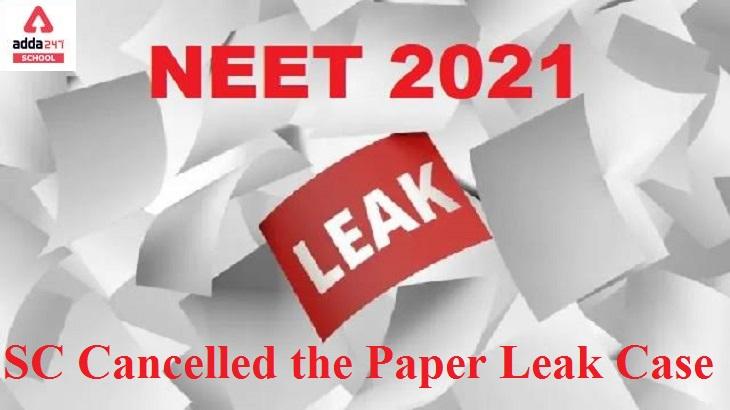 The candidates of NEET 2021 can also use the answer key to compute their scores with the officially released answer key. The aspirants can compute their scores on their own by giving themselves four points for each successful answer, then deducting one point for each incorrect attempt. The last answer key determines the outcome. Following the announcement of the outcome, the counselling process for document verification will begin.

The National Testing Agency (NTA), which administers the medical entrance exam, normally announces the results one month following the exam. This year’s exam was held on September 12th.

Candidates who have previously registered for the first phase and paid the examination fee online are only permitted to fill out the second set of applications through the official website ntaneet.nic.in.

According to the NTA, the second round of registrations will just be an additional form. NTA has also clarified that no new applications will be allowed. Candidates can also change their gender, country, e-mail address, category, sub-category, and educational qualification credentials in the first round. Those who do not complete the second form will have their applications rejected.

Aspirants for the NEET 2021 exam have been requesting that it be cancelled, and have filed a petition before the Supreme Court to do so. They also called for a comprehensive CBI inquiry into the NEET 2021 paper leak scandal, claiming that otherwise, meritorious students’ hard work will be squandered.

The petition, which was submitted by undergraduate medical students, claimed that there was a paper leak and that the admission exam was rigged. It referenced FIRs filed by the CBI alleging coaching centres and paper solving gangs were involved in the case.

Cheating on a test is “a matter of significant worry for the student’s future as well as a breach of the examination’s sanctity and security,” according to the plea.

During the pendency of the appeal, the petitioners also asked the Supreme Court to suspend the declaration of results.

According to the Supreme Court’s judgement, a national-level exam that 7.5 lakh students took cannot be invalidated just on five FIRs.

“You know that the Court is not going to interfere with an exam that 7 and a half lakh students took on the basis of five FIRs,” the official statement by The Hon’ble Supreme Court stated.

The Supreme court initially imposed a Rs 5 lakh cost on the lawyer. However, later it was eventually lifted with a warning. “This time there will be no charges, but we will remember you. “We will absolutely impose fees on you the next time there is a case like this,” the SC’s statement stated.

Read About: NEET 2021 State-wise Cut off

With the Supreme Court’s dismissal of the petition, a major roadblock to the release of the NEET Result 2021 has been removed. The Supreme Court of India has denied a petition seeking to have the NEET UG Result 2021 cancelled. The petition sought the cancellation of NEET 2021 due to a paper-leak concern. Several FIRs have been registered in various regions of the country over paper leak instances around the NEET UG 2021 exam, according to the petitioner’s counsel. However, the highest court of India, The Supreme Court, dismissed the petition, stating that NEET 2021 is not a local exam, and thus lakhs of students cannot be penalised for a single isolated occurrence. Finally, the SC bench stated that the NEET 2021 undergraduate exam, which was held on September 12, 2021, will not be cancelled.

As a result of this decision, the exam conducting authority, National Testing Agency, NTA, is expected to announce the NEET 2021 Result Date as well as the Final Answer Key for the UG NEET exam in the near future. Although no specific date for the release of NEET 2021 results has been announced, students should expect the results to be released within the next two weeks. The result of the medical entrance exam, like all other aspects of the NEET-UG 2021 Exam, will be announced on the neet.nta.nic.in portal.

The NEET-UG 2021 result is expected to be released soon at neet.nta.nic.in by the National Testing Agency (NTA). Candidates can get the NEET results by entering their application number and password on the login page. Admission to medical school is determined by a student’s NEET UG 2021 exam score.

NEET 2021 applicants can also utilise the answer key to calculate their scores; by assigning four points for each correct answer and deducting one point for each unsuccessful attempt.

Is phase 2 of the Neet 2021 registration underway?

What are the documents needed for NEET Phase 2?

What is the second phase of neet?

Candidates who have successfully enrolled and paid the examination fee online will be able to fill out the Second Set of Information on the NEET (UG) – 2021 Application Form. The data of medical aspirants are being submitted fast in the second phase of registration.

Candidates must complete the application form. In an official notice, the NTA stated, “In the absence of filling up the information for the second phase, his/her candidature would be annulled.”