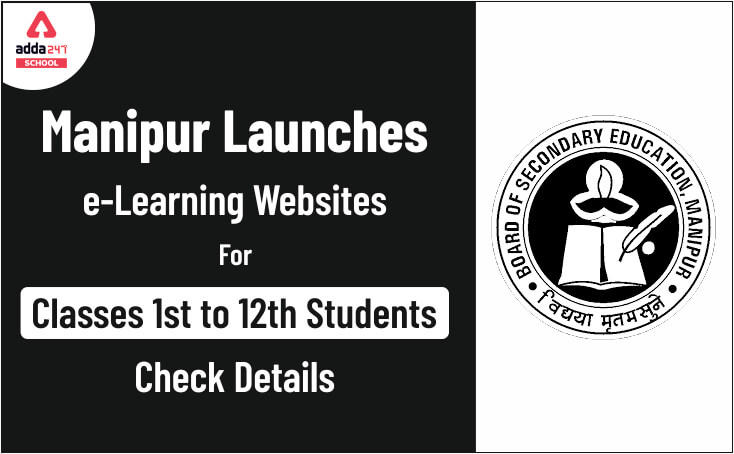 Ever since the schools and colleges across the country have been shut due to the Coronavirus pandemic, both the school administration and government authorities are trying to ensure that the academics of students do not suffer. This has prompted the introduction of online classes across different states wherein online learning resources have been made available for the students. Recently, an e-learning website has been launched for students in Manipur by the government.

While making the announcement, the State Education Minister, Dr. Thokchom Radheshyam stated that the Manipur Government has launched an e-learning website for students studying in classes 1st to 12th under Manipur Board and Council of Higher Secondary. The minister further added that an android app “Liarik” which offers books in Manipuri dialects would also be launched within five days on Google Play Store. The iOS version of the Liarik App will be available within one month.

The Education Minister informed that 85 bi-lingual audio-visual classes have already been uploaded on Liarik. He informed that the content would be available on two platforms, i.e. www.liarik.net and www.liareek.net. When asked about two similar domain names, he informed that it had been done to avoid piracy. He also informed that over the next few days, more than 200 classes would be added to the platform for students from classes 1st to 12th.

While seeking comments and suggestions from the students regarding the Liarik platform, the minister said that “The launch of the website marks the new chapter in the history of education in Manipur as students can go through the lessons for easier self-learning.”

The Manipur Education Minister also informed that the government had taken a decision to promote the students from classes 11th to class 12th with immediate effect. He said the promotion would be based on the performance of the student in the internal assessment and term test assessment carried out by the school authorities. The class 11th exams in Manipur were cancelled after question papers from five subjects were leaked on social media.

When asked about the plight of the teachers and transporters due to the lockdown, the minister stated that they are trying to find an amicable solution to the problem. He said, “We have issued an instruction to the private schools not to collect school fees but to pay salary to the teachers as well. But not all schools are the same, and we are working on bringing an amicable solution.”

While talking about the plight of the school transportation service providers, he asserted that while there has not yet been a discussion or deliberation regarding the issue but, “We will find a solution if we are considerate and take things with extra heart, eyes, and ears.”