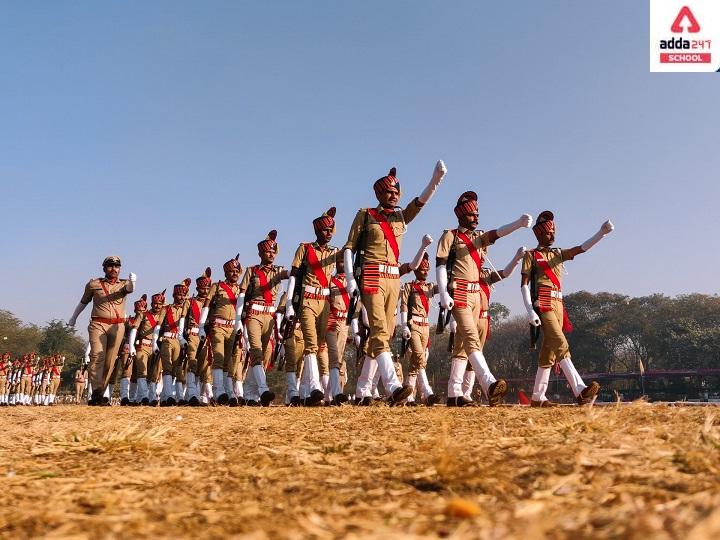 The Indian Armed Forces are further supported by:

The President of India is the Supreme Commander In-charge of the Indian Armed Forces.

The Ministry of Defence of the Government of India manages the Indian Armed Forces.

The preliminary mission of the Indian Army is to guarantee our country`s national security and to defend the nation from external aggression as well as from internal dangers to maintain peace and order within the borders.

The Indian Army conducts humanitarian rescue operations during natural calamities and other disturbances.

Candidates can join the Indian Army through various recruitment and openings. Some of them are: Permanent Commission or Short Service Commission.

The Indian Air Force (IAF) is the air arm of the Indian Defence and the preliminary mission of IAF is to guarantee the security of Indian Aircraft and also to conduct aerial warfare during armed dissension. IAF was established on 8 October 1932. The Chief of Air Staff is an Air Chief Marshal, who is a four-star officer and is responsible for the bulk of active functional command of the Air Force. IAF is the 7th strongest and 4th largest air force in the world. Indian Air Force has created a world record after performing the highest landing of a C-130J at Daulat Beg Oldi airstrip in Ladakh at the highest of 16614 feet. IAF has the largest airbase in Asia and over 60 airbases spread all over India. IAF`s motto “Nabha Sparsham Deeptham” is taken from the11th chapter of the Bhagavad Gita. Sir Thomas Walker Elmhirst was the Commander-in-Chief of the Indian Air Force. IAF has total of seven headquarters all over India which are as:

The Indian Navy deals with the naval branch of the Indian Armed Forces. The President of India is the Supreme commander in charge and the Chief of Naval Staff is a four-star admiral, commands the navy. The primary mission of the navy is to safeguard the nation`s maritime borders. The first operation of the Indian Navy was the Portuguese Navy during the liberation of Goa in 1961.INS Vikrant is the first Indian NavyAircraft Carrier and INS Viraat is the largest aircraft carrier where INS stands for Indian Naval Ship or Indian Navy Station. The Ezhimala Naval Academy in Kerala is the largest Naval Academy in Asia. The Naval Headquarter is located in New Delhi and the naval bases are in Mumbai, Visakhapatnam, Pune, Chennai, Goa, Kochi, Coimbatore, Port Blair, and Chilika. MARCOS (Marine Commandos) is the special force of the Indian Navy and are called “the few, the fearless”. Indian Navy consists of three commands that are:

Qualifications: BE/ B.Tech stream of Engineering / B. Arch, MSc Computer.

Qualification: Graduation with 50% aggregate “A” or “B” grade in NCC “C” certificate.