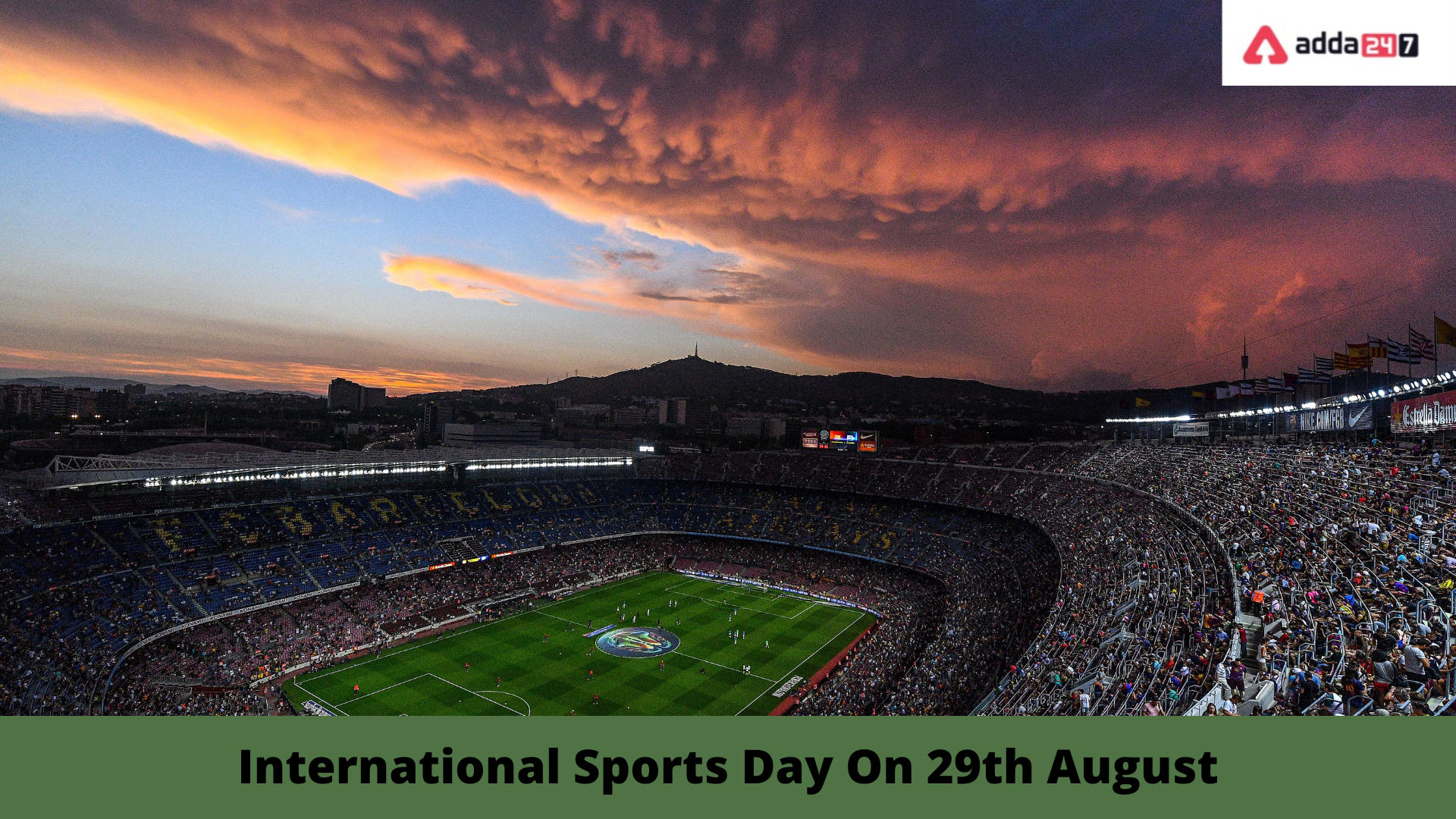 In recognition of Major Dhyan Chand, a great hockey player, India celebrates August 29 as National Sports Day. The day was designated as India’s National Sports Day in 2012. Major Dhyan Chand was a legendary hockey player in India and throughout the world. He helped India win their first hat-trick of Olympic gold medals with victories at the Summer Olympics in 1928, 1932, and 1936. Dhyan, popularly known as “Chand,” was so committed to his work that after finishing his day responsibilities, he used to practise hockey at night.

Through sports, we can improve our mental and physical well-being and acquire many crucial life skills. Maintaining a healthy level of physical activity and taking part in sports has benefits for bone health, cardiovascular health, a reduced risk of obesity, improved sleep, coordination, and balance. Internationally, National Sports Day is honored to encourage more physical activity. Examine the origins of National Sports Day, also known as Rashtirya Khel Diwas, which is celebrated in India on August 29 every year. We also talk about the importance of the day and the activities that took place all around India.

When is National Sports Day celebrated in India?

India’s National Sports Day’s primary objective is to raise public awareness of the value of sports and regular exercise. Since 2012, when India first observed National Sports Day, the government has used the occasion to announce a variety of sports-related initiatives. Narendra Modi, the prime minister of India, launched the Khelo India campaign in 2018. The Indian president has bestowed notable honors on numerous sports icons, including the Khel Ratna, Arjuna Awards, Dronacharya Awards, and Dhyan Chand Awards.

Why is 29 August Celebrated As National Sports Day of India?

India observes National Sports Day on August 29 in memory of the late hockey great Dhyan Chand. The best hockey player of all time, Dhyan Chand, was a significant component of India’s three consecutive Olympic victories in 1928, 1932, and 1936. Notably, the Dronacharya, Arjuna, and Rajiv Gandhi Khel Ratna Awards are given out on this day by the government.

International Sports Day in India: Who is Major Dhyan Chand?

Major Dhyan Chand, a legendary hockey player of his era, was born in Allahabad on August 29, 1905. He was referred to as the wizard of hockey because his team won three gold medals at the Olympics in 1928, 1932, and 1936. Between 1926 and 1949, he spent 23 years performing on important stages. Throughout his career, he participated in 185 games and scored 570 goals. He practiced hockey in the moonlight at night since he liked the game so much, acquiring the nickname Dhyan Chand. Dhyan Chand became the third recipient of the Padma Bhushan Award in 1956.

In 2012, National Sports Day was first included in India’s list of recognised holidays. The Indian nation observes National Sports Day on August 29 each year. Major Dhyan Chand was born on August 29, 1905. As “The Magician” and “The Hockey Wizard,” he is well renowned, and National Sports Day is named in his honor. In hockey competitions, he represented India, which won three consecutive Olympic gold medals in 1928, 1932, and 1936. He began playing hockey with the regimental team of the British Indian Army. He was given the name Dhyan Chand due to his fervor for the game. Chand was awarded the Padma Bhushan, the third-highest civilian honor in India, in 1956.

How is National Sports Day celebrated in India?

In honor of national sports day, the President of India delivers prestigious honors including the Khel Ratna, Arjuna Awards, Dronacharya Awards, and Dhyan Chand Awards on this day. It’s a significant day for prospective athletes as they aim to raise the bar and win these coveted prizes. Two athletes have been recommended by the selection committee for the 2019 Khel Ratna, the country’s highest sporting accolade. The nominees for the prize are wrestler Bajrang Punia and paralympic silver medalist Deepa Malik. Athletes who have made outstanding contributions to sports over a four-year period are recognised with the Khel Ratna award.

Which Awards are given on National Sports Day?

The historical Indian epic Mahabharata’s main character Arjuna inspired the creation of the Arjuna Award in 1961. Prior to the establishment of the Khel Ratna, it was India’s highest athletic honor. The Arjuna Award’s inaugural year, 1961, saw 20 winners, including PK Banerjee, an Indian football Olympian. Anna Lumsden, a hockey player, was the first woman to receive the Arjuna Award.

In Indian sports, the Dronacharya Award, which was established in 1985, is the highest honor bestowed upon coaches. It is given to individuals who have produced medalists at key international competitions. It’s noteworthy to note that in the Mahabharata, Dronacharya or Drona functioned as Arjuna’s coach or teacher. Famous athletics coach OM Nambiar, boxing coach Om Prakash Bharadwaj, and wrestler Bhalchandra Bhaskar Bhagwat were among the inaugural Dronacharya Award winners.

The Maulana Abul Kalam Azad Trophy, often known as the MAKA Trophy, was established in 1956–1957 and is the country’s oldest national sports award. A university receives the Abul Kalam Azad Award for excelling in inter-university contests during the course of the preceding year. It pays tribute to the nation’s first minister of education as well as Indian freedom fighters.

The Rashtriya Khel Protsahan Puruskar has been included in the list of National Sports Awards every year since 2009. It is given to organisations, companies, and people in recognition of their three-year contributions to the growth and promotion of sports. The four criteria used to select the nominees are sports for development, corporate social responsibility initiatives to promote sports, hiring of athletes, and discovering and fostering new talent.

The first two people to climb Mount Everest, the highest peak in the world, were Tenzing Norgay, an Indian mountaineer with Nepali ancestry, and Edmund Hillary, a mountaineer from New Zealand. The Tenzing Norgay National Adventure Award was created in 1994 as a tribute to Norgay with the goal of honoring exceptional accomplishments in the field of adventure sports on land, water, and in the air. Sailing, open-water swimming, hiking, and skydiving are among the sports taken into consideration.

We hope that by now, our readers are aware of all the different aspects of National Sports Day. We are all filled with pride as we commemorate this day. Assuredly, we will show Mr. Dhyan Chand our love and respect. Happy 2022 National Sports Day!

Ans. In honor of Major Dhyan Chand, the Indian prime minister declared that day to be National Sports Day in 2012.

Question 2 When was National Sports Day first celebrated in India?

Question 3 Why do we celebrate our National Sports Day?

Ans. The National Sports Day is marked in remembrance of the birth anniversary of the great hockey player Dhyan Chand Singh. To increase the general public’s understanding of the importance of sports and physical activity, a number of athletic events and seminars are held in states like Haryana, Punjab, and Karnataka, among others.