Skip to content
Online Tution   »   Delhi to Get Its Own Education... 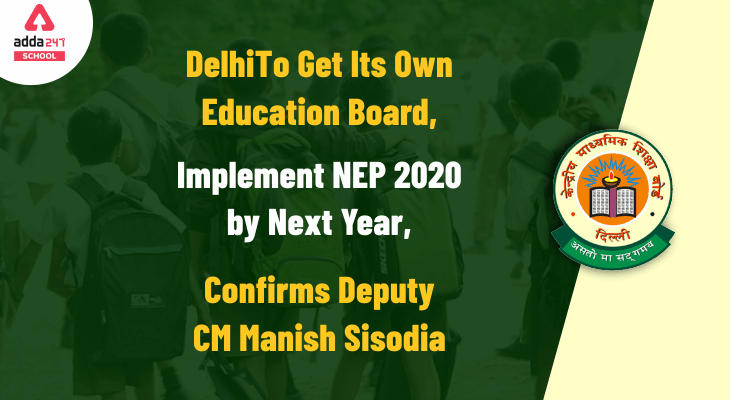 During an interview, he stated that “We have recently set up two committees for working on the proposed board as well as curriculum reforms. An ideal situation would be that we make it operational by next year. Initially, around 40 schools will be affiliated to the board, which could be either government or private.” Check | FSSAI Bans Sale of Junk Food Within 50 Meter Radius of Schools

NEP 2020 Implementation: Schools will be Free to Make Their Choice

The Delhi education minister further stated that “What happens in other state boards is that the private schools are free to make their choice whether they want to opt for CBSE, ICSE or state board, while government schools follow the state board. We will have no imposition. It will be optional for both government and private schools. We want to make the board so enriching and useful, that there is the demand for it.” The state government had revealed its plan to set-up a new school education board for Delhi during the budget discussions in March earlier this year. Check | NEP 2020 Board Exams to be Made Easy

When asked about the implementation of the NEP 2020 in Delhi, the education minister added that “We are studying the policy in detail. We have already been working on some of the reforms proposed in it. There are a few anomalies but there are a few good things too. I have told the two committees that our board will be in sync with the NEP because as a nation we are together, but the focus will not be on evaluating students once a year and not encouraging rote learning in the process.”