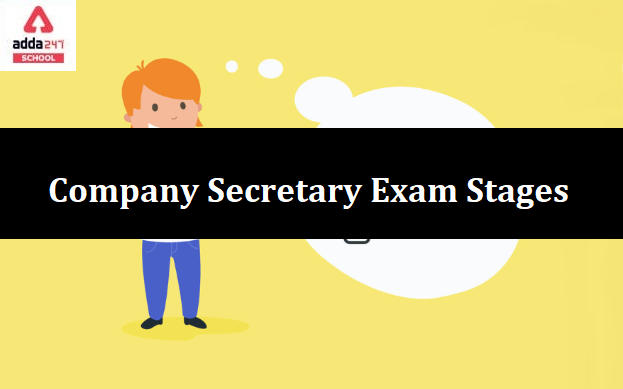 To become a company secretary you have to complete three stages, first, you have to appear in what is called the CSEET Entrance Exam, which you can do after Class 12 and then the CS Executive and CS Professional at last. Read the complete article to know about the details of the stages of Company Secretary and the important dates of the Company Secretary Exam 2022.

After qualifying for the CS Executive Entrance Test, you will proceed to the CS Executive, where you will have to appear for a total of 8 subjects, which are divided into two modules, each module has four subjects. The first module consists of subjects such as Jurisprudence, Interpretation and General Law, Company Law, Setting up of Business Entities and Closure and Tax Laws, each paper is 100 marks. The second module consists of  Corporate and Management Accounting, Securities Law and Capital Markets, Economic Business and Commercial Law and Financial and Strategic Management. After completing both the modules of CS Executive, you have to complete fifteen months of practical training under a Company Secretary.

After completing your internship you can appear for the CS Professional Exams, which is your last step before becoming a CS. The CS Professional exam has a total of three modules. Each module consists of three subjects, the first module consists of Governance, Risk Management, Compliance and Ethics, Advanced Tax Laws and Drafting, Pleadings and Appearances. The second module contains subjects such as Secretarial Audit, Corporate Restructuring and Resolution to Corporate Disputes. The third and final module consists of three subjects: Corporate Funding and Listing in Stock Exchanges. Multidisciplinary Case Studies and elective paper. Students will have the option to choose from eight subjects and the exams of these subjects will be held on an open book basis.

Note: In order to pass or qualify for each stage, the candidate has to score at least 40% marks in each subject and in each module more than 50%. A candidate can appear in the next attempt in case he/she fails to qualify for a certain exam.

Now let us discuss the important dates which you should know in case you’re interested in appearing for the CS Examinations.

Q. What is the first stage of becoming a Company Secretary?

Q. What are the stages of becoming a Company Secretary?