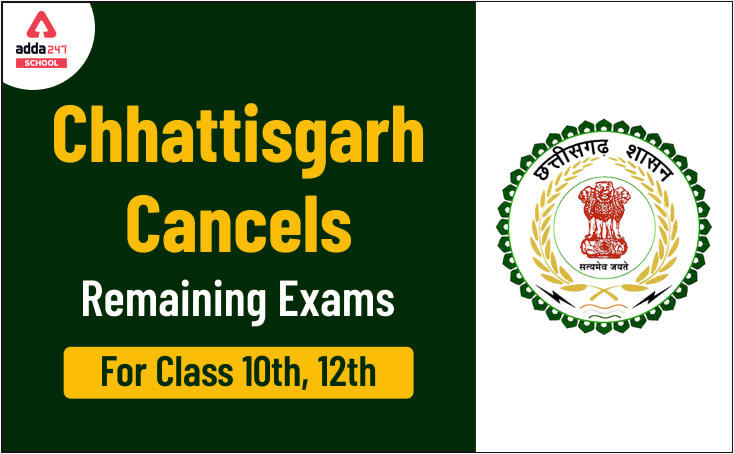 Ever since the schools have been shut in India due to the Coronavirus pandemic, all types of academic schedules have gone haywire. With time running out before the commencement of the new academic year, most states are struggling to conduct the remaining board exams for class 10th and 12th students. The same has been the case with Chhattisgarh as the students here are facing uncertainty about their future. Now there is finally an important update for the class 10th and 12th students in the state.

As per the recent announcement by the Chhattisgarh Board of Secondary Education, the pending exams for secondary and higher secondary students of class 10th and 12th will not be conducted. The students will be awarded marks for the respective subjects based on their performance in the internal assessment for each of the subjects. The board has also clarified that those students who will be failing in the assessment or have skipped the process will be awarded minimum pass marks as the decision has been taken to not fail any student in the remaining subjects whose exams could not be conducted.

CGBSE Exams 2020: Not Possible To Conduct The Exams

While the third phase of the lockdown is nearing its completion and additional relaxations have been promised in the next phase, it might not be possible to conduct the pending exams for the class 10th and 12th students. Previously, on 31st March 2020, Chief Minister of Chhattisgarh, Mr. Bhupesh Baghel decided to promote all the students in the state to the next class without conducting exams, except for students of class 10th and 12th under CGBSE. At that time, an official from CGBSE stated that “However, a decision would be taken later on exams of some subjects of Classes 10 and 12 being conducted by the Chhattisgarh Board of Secondary Education (CGBSE) which could not be held due to the lockdown.”

CGBSE Exams 2020: Multiple Delays Led To The Cancellation of Exams

When the first phase of nationwide lockdown was announced in the country, the CGBSE postponed the pending exams for class 10th and 12th students. Later in April, it was decided to conduct class 12th examinations from 4th May 2020 to 8th May 2020 and class 10th exams from 4th May 2020 to 5th May 2020. But as the lockdown kept on getting extended, the exams could not be conducted. This led the board to cancel the pending exams altogether and award the students marks based on their performance in the internal assessment.

The exams which were abruptly postponed in March were Geography and minor subjects for class 10th students and a few optional subjects for class 12th students. As the Coronavirus Situation Across The Country became more serious, the government had no other option but to cancel the pending exams as preparations for the next academic year had also to be considered.