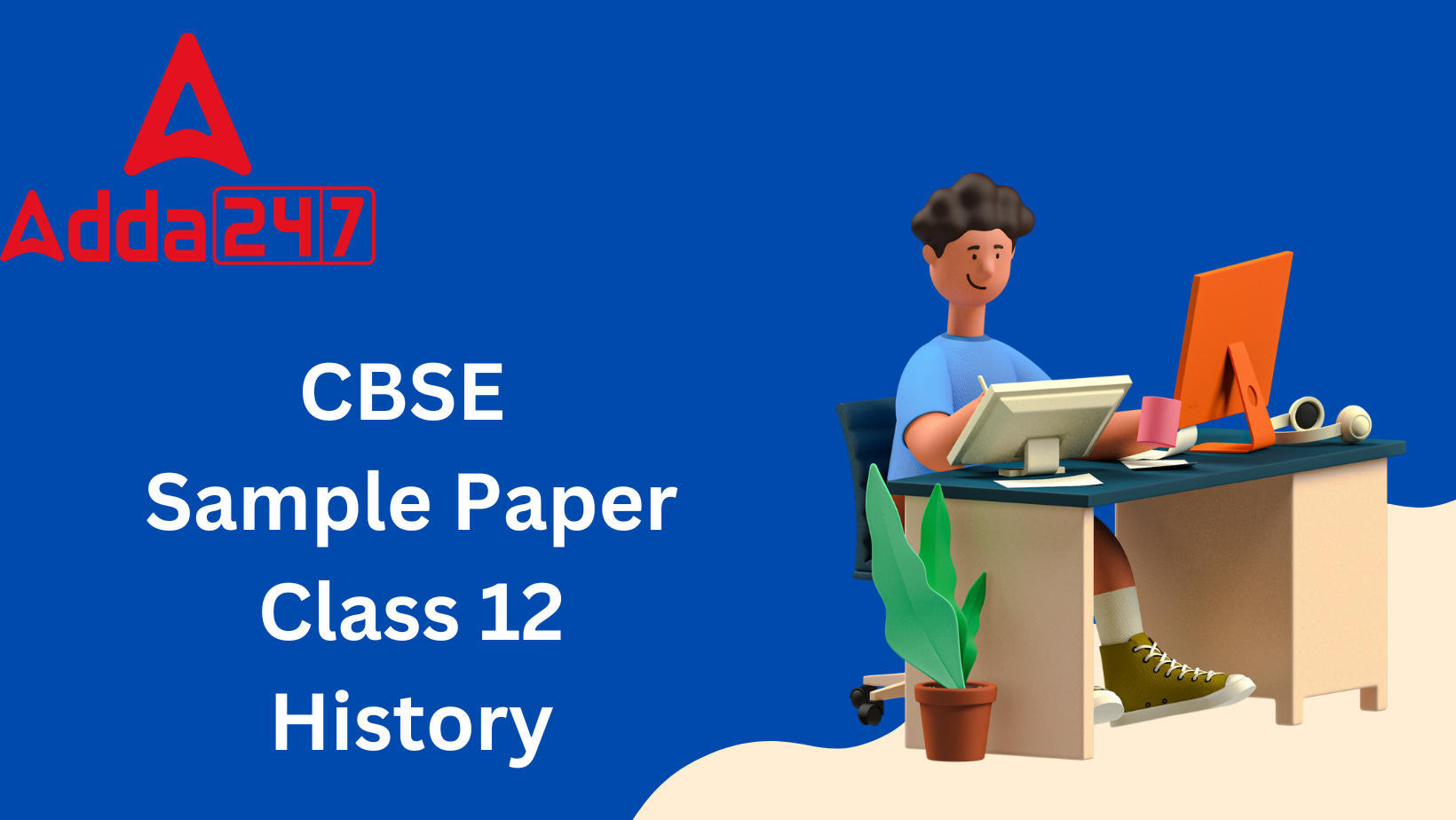 CBSE (Central Board Of Secondary Education)  has introduced Sample Papers for students of classes 10 and 12 Board. These Sample papers are on its official website. Students can also download the sample papers from here given below.
CBSE has introduced sample papers for all the subjects according to the layout of the question paper which CBSE is going to implement in this session 2022-23. This time, CBSE has introduced only one term examination, which will be conducted at the end of the year in March- February 2023.
In this article, we have covered the CBSE Class 12 History Sample Paper. The students must solve CBSE Class 12 History Sample Paper which is given on this page and bookmark this page to get all the latest updates from CBSE regarding CBSE Annual Exam.

1 Identify the ruler of the Satvahana dynasty with the help of the following information:

2 Who among the following had issued the first gold coins in the first century CE?
A. The Yaudheyas
B. The Parthians
C. The Guptas
D. The Kushanas
3 Match the following and select the correct option

NOTE : The following question is for the visually impaired candidates in lieu of Question number 5.

Who among the following was the composer of Prayaga Prashasti?
A. Banbhatta
B. Charak
C. Harisena
D. Surdas

6 “Be lamps unto yourselves as all of you must work out your own liberation.”
Identify the essence of the words of Buddha from the options given below:

7.  Which one among the following dynasties built the Hiriya canal?
A. Sangama dynasty
B. Tuluva dynasty
C. Saluva dynasty
D. Aravidu dynasty

The local merchants of the Vijayanagara empire who participated in the trade of horses were called—————–:
A. Gajapati
B. Mahanayakas
C. Kudirai Chettis
D. Narapati

10 Given below are two statements, one labelled as Assertion(A) and the other labelled as Reason (R).

11 Complete the following with the correct option

13 Given below are two statements, one labelled as Assertion(A) and the other labelled as Reason (R).

Assertion (A): The Santhals were given land and persuaded to settle in the rocky upper part of Rajmahal Hills.
Reason (R): The British perceived Paharias and Santhals as ideal settlers

I. François Bernier was closely associated with the Prince Dara Shukoh.
II. Bernier travelled to several parts of the country, and wrote accounts
III. He dedicated his major writing to the king of France and Aurangzeb.

15 From which of the following regions Ahom rulers belonged to?
A. Delhi
B. Orissa
C. Ajmer
D. Assam

16 Which one of the following metallic coins was more prevalent during the Mughal Empire.?

18 Which of the following options is correct?

19 Find out from the following pairs which one is NOT correctly matched:

20 Who among the following was the President of Constituent Assembly?
A. Jawahar Lal Nehru
B. B.R. Ambedkar
C. Rajendra Prasad
D. Vallabh Bhai Patel

21 Which of the following languages was favoured by Gandhiji as the national language?
A. Hindi
B. Urdu
C. Hindustani
D. English

23 “Magadha was the most powerful Mahajanpada ‘. Examine the statement

24 Analyze the concept of the Asiatic mode of production as stated by Karl Marx.

25 Describe the features of water resources of the Vijayanagar empire.

26 “The power of the Jotedars was more effective than that of the zamindars. Justify the statement with suitable arguments.

27 “Art and literature helped in keeping alive the memory of 1857.” Explain with examples from Indian perspective.
OR
‘Rumours and prophesies played an important role in the Revolt of 1857.’
Explain the statement with example

29 Analyze the importance and limitations of A-i-Akbari as a source of Akbar’s reign.
OR
Examine the ways in which panchayats and village headmen regulated Mughal rural society.

30 Explain the importance of Non-Cooperation Movement.
OR
Explain the significance of Civil Disobedience Movement.

Source Based Questions
31 Read the following source carefully and answer the questions that follow: 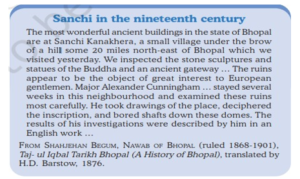 31.1) Why was Sanchi an interest to Alexander Cunningham?
31.2) How was Sanchi related with the Buddhism?
31.3) How did Shahjahan Begum conserve Sanchi stupa?

32 Read the following source carefully and answer the questions that follow: 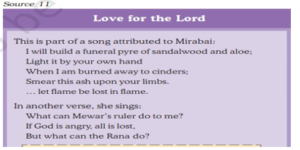 32.1) Examine the reason of calling Meera Bai as an ascetic figure.
32.2) Analyze Meera Bai’s relation with Mewar.
32.3) How was Mirabai unique among the poet-saints of the Bhakti movement.

33 Read the following source carefully and answer the questions that follow: 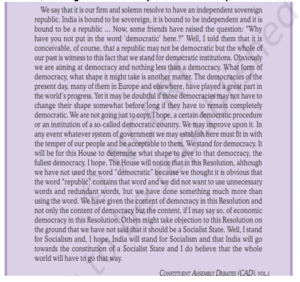 33.1) Explain the term sovereignty
33.2) How has democracy been related with sovereignty in the passage?
33.3) How did the Constitutional framers highlighted the need of economic democracy?

Map Based Question
(34.1) On the given political map of India, locate and label the following with
appropriate symbols:
I. Amravati – A Stupa 1
II. Rakhigarhi- Indus Valley Site 1
III. Agra-Territory Under the Control of Mughals 1
OR
Vijayanagar- Capital of Vijayanagar empire
(34.2) On the same outline map, two places have been marked as ‘A and B,as the
centres of the Revolt of 1857 Identify them and write their correct names on the
lines drawn near them. 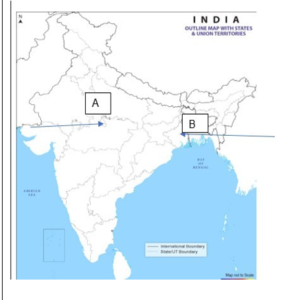 Note: The following questions are for the Visually Impaired Candidates only in lieu of Q.No.34
( 34.1) Mention any two sites of the matured Harrapan period. (34.2) Mention any one Territory under Mughal empire.
or
Name the capital of the Vijayanagar empire. (34.3) Mention any two centres of the Revolt of 1857.

Q. Does CBSE give marks for wrong questions?