Skip to content
Online Tution   »   CBSE Board Exams to be held... 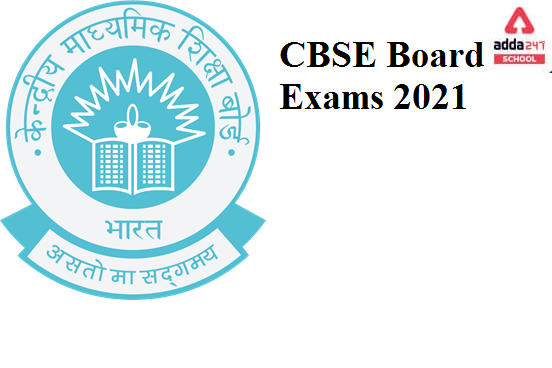 A high-level meeting took place on  May 25 for the CBSE Board exams 2021, where Union Minister, Ramesh Pokhriyal had spoken with other state officials regarding the decision on whether or not to conduct Board Exams 2021. As sources state, few officials who represented states like Delhi and Kerala wanted the exams to take place. Other states were strictly against the decision of conducting Board Exams in 2021.

The Delhi and Kerala government officials stated during the meeting that they wanted the examinations to be held by making each student vaccinated before the exams. Bengal as of yet hasn’t taken any prominent decision regarding the same.

After the meeting, Ramesh Pokhriyal will soon announce the decision which has lead to a lot of tension and confusion among the students, parents, and school authorities. By today May 25, 2021, a final decision will be taken by Ramesh Pokhriyal as he had ordered a detailed report from all the states regarding the Board Exams 2021.

Ramesh Pokhriyal tweeted stating “I am confident we will be able to arrive at an informed, collaborative decision regarding the exams and remove the uncertainty among students and parents”.

The meeting was presided over by high authorities including the education ministers of several states and union territories, along with Prakash Javedkar, Smriti Irani, to name a few.

The CBSE offered two options. One is to reduce the syllabus and the other is to continue the offline exams for major subjects and the remaining subjects marking will be based on the score of the major papers.

If the pattern-changing option is decided to take place, the duration of the examination will be reduced to 90 minutes instead of the earlier system of 3 hours, which is 180 minutes. The majority of the parents and students have been requesting the cancellation of Board exams in 2021 citing the present situation.

According to Delhi officials, they wanted the exams to take place by stating that they didn’t want to risk the lives of over 1.5 crore students who have been presently studying in Class 12, by canceling the exams. According to them, this would impact the future of these students in a highly devastative manner.

Goa education minister stated that he is not sure about the Board Exams 2021, as of now. He is waiting for the decision from the Central and only then he will be deciding the state.

Many other states Boards have been planning to cancel the Board Exams by looking at the present situation. Students who have passed their Board exams in 2020 and are now in the first year of their college life have been facing difficulties till now.

This is also one of the reasons, the higher officials want to make an informed decision so that not even one student has to face any difficult situation due to the decisions taken regarding the Board Exams 2021.

Schools have been closed down since March 2020, and are still unknown when they will be opened again. This has created a lot of tension in the students, parents as well as teachers.
Stay tuned with Adda247 to know more about the latest ongoing updates in real-time.

Stay tuned with this space and Adda247 to get the latest updates and information in real-time.