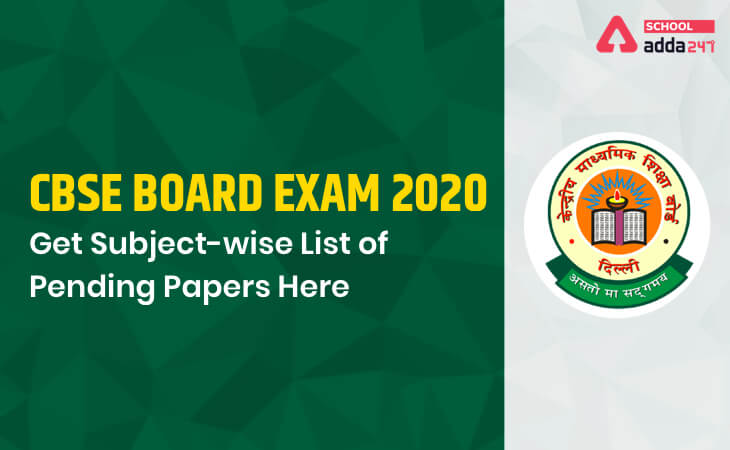 There is finally an extremely important update regarding the pending CBSE Board Exams for class 10th and 12th students across the country. The Human Resource Development Minister, Mr. Ramesh Pokhriyal Nishank, tweeted that CBSE will be conducting the exams for the remaining subjects in the first half of July 2020. He also tweeted that the dates for the pending exams for the 29 remaining exams will be announced soon.

He also tweeted that the date sheet will also be released on the official website of CBSE for class 10th and 12th exams along with guidelines and other details soon. The HRD minister also mentioned that exams would be conducted only for the pending exams, i.e. exams which had been completed before the lockdown came into effect will not be conducted again.

CBSE Exams 2020: Exams For Class 12th Students From All Over India

As per the information shared by the HRD Minister, six exams will be conducted for class 12th students from all over India. These will only be the main subjects, and exams for electives will not be conducted.

Due to the anti CAA protests and ensuing riots, exams in the east Delhi region were postponed by the government in view of the precarious law and order situation in the region. Now, the exams for class 12th students whose examination centre was in east Delhi will also be conducted along with the exams for remaining subjects. So, class 12th students with examination centres in East Delhi must appear for all the exams that they could not attempt in the first instance.

But any exam(s) that has/have been attempted before should not be attempted again by the students. The subjects for which the exams will be conducted only for class 12th students in East Delhi are Political Science, Chemistry, Maths, Economics, Biology, History, English Core, English Elective N, Economics, Physics, Accountancy, and English Elective C.

CBSE has already obtained the list of students who were unable to appear for their exams due to riots in East Delhi. Students must, therefore, get in touch with their schools or CBSE for more information and updates.