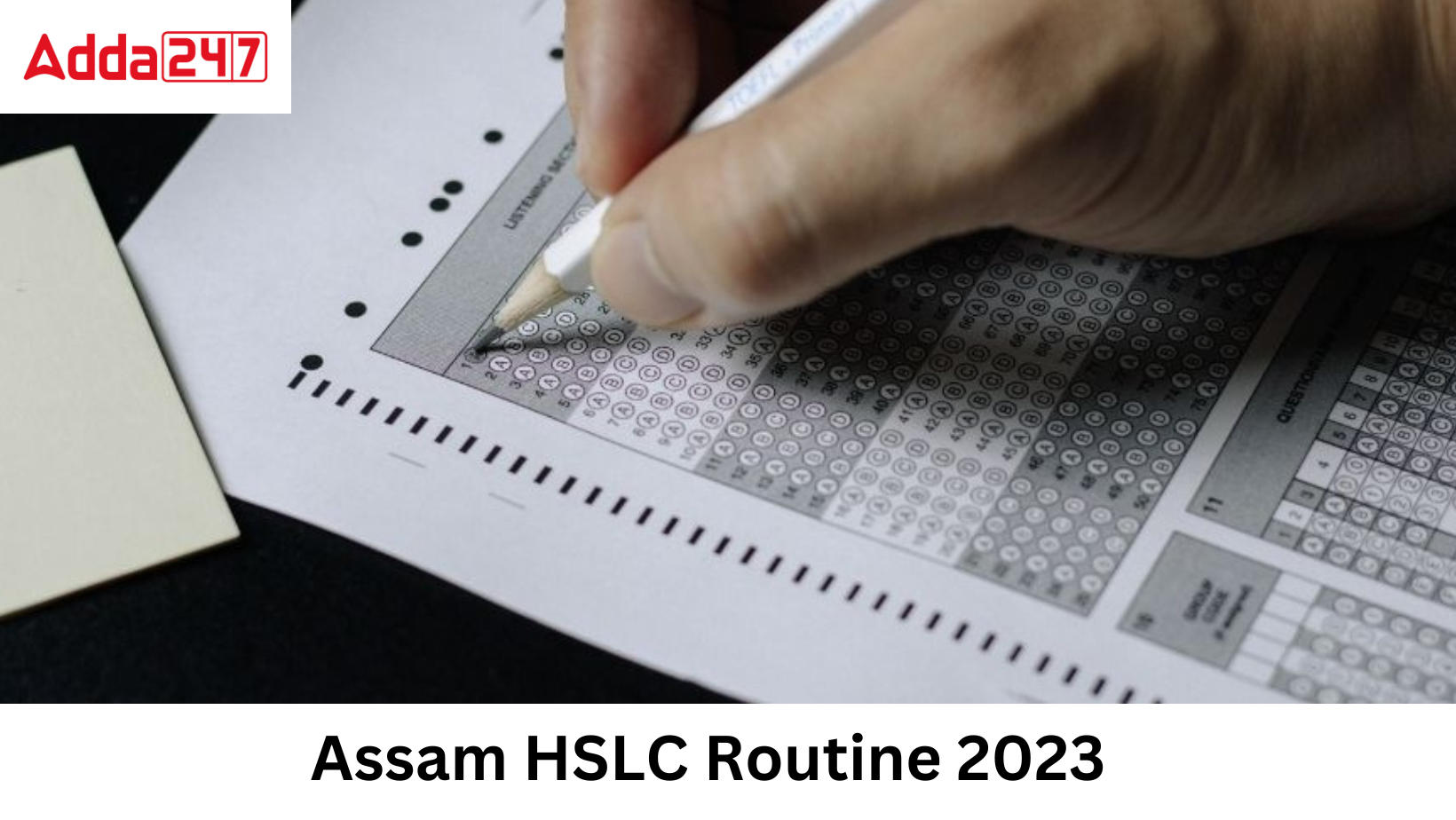 The Assam HSLC practical exam schedule has also been made available by SEBA along with the theory test date. Students must show up for the Assam class 10 practical exams this year as well at the exam centers where they will take the theory tests. Once accessible, the Assam HSLC routine 2023 PDF can be checked out and downloaded by students through the official website, sebaonline.org.

According to the Assam HSLC routine 2023 timings released, there will be two shifts for the board exam: morning and afternoon. The Assam HSLC test will be administered during the morning and afternoon shifts, respectively, from 9 am to 12 noon and 1:30 pm to 4:30 pm. Only 5 minutes extra time is permitted for both shifts, unlike the previous year.

The steps listed below can be used by students to download the PDF for the SEBA HSLC Exam Routine 2023:

3. Assam HSLC 2023 Routine will open on the screen.
4. To download the SEBA HSLC Routine 2023 Assam as a PDF file, click the “Download” option.
5. The schedule will now be saved on the gadget.
6. The SEBA 2023 HSLC Exam Routine must be printed out by students and posted beside the study table for easy access.

1. The schedule for the SEBA 2023 hslc exam will be released together with the Disha Psychometric Test date.
2. Modern Indian Languages (MIL): For High Madrassa candidates, a distinct Assam HSLC exam paper will be provided by the board. These exams will have a 50-point grade and a two-hour time limit.
3. Each language’s Group A and Group B exams will use the same question bank, i.e. Santhali (E), Bodo (E), Manipuri (E), Bengali (E), and Assamese (E) (E).
4. Students are granted an additional five minutes in the morning and evening shifts to peruse the question paper solely, in accordance with the SEBA HSLC Routine 2023 Assam.
5. Students taking electives will appear in Groups A and B, but only Group A students will.

The following details will be mentioned on Assam HSLC routine 2023:

The Assam HSLC routine 2023 was just made available by the Board of Secondary Education, Assam (SEBA). The Education Department (SEBA) declared a few days ago that SEBA would begin holding HSLC examinations on March 3, 2023. Students may now get their test schedule from this article as indicated below if they plan to sit for the Assam Class 10 board exam in 2023.

Que. Is the 10th mark important for the future?

Que. What is the full form of SEBA?

Ans. The full form of SEBA is the Board of Secondary Education, Assam. It was established on 14th March 1962.

Que. What is the full form of HSLC?

Que. Is the 10th mark important for the future?

Que. What is the full form of SEBA?

Ans. The full form of SEBA is the Board of Secondary Education, Assam. It was established on 14th March 1962.

Que. What is the full form of HSLC?