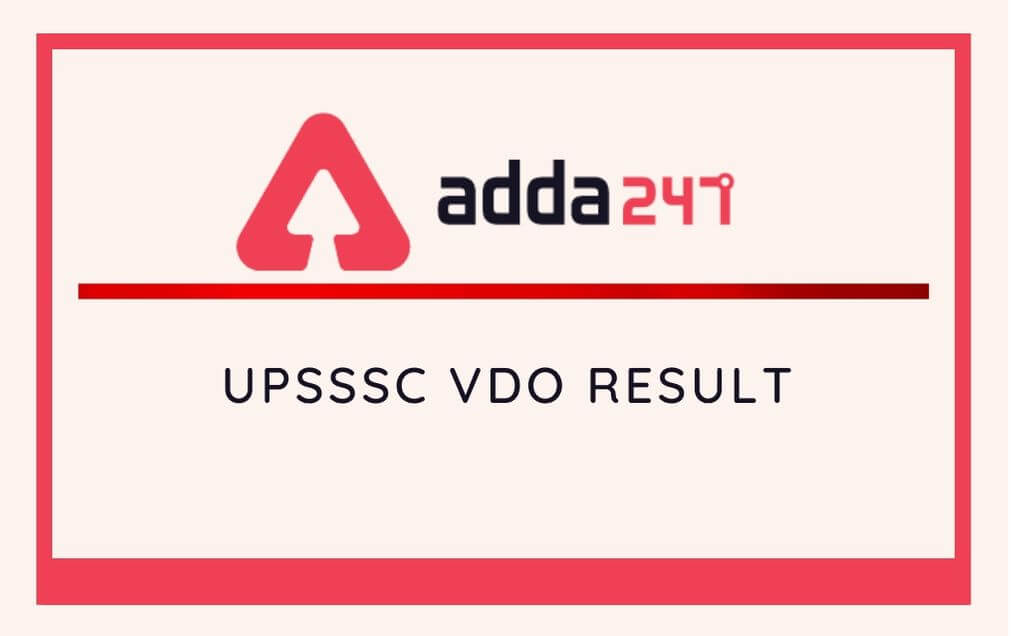 UPSSSC VDO Result 2016: The UPSSSC VDO Revised Result 2016-20 has been released by Uttar Pradesh Subordinate Services Selection Commission (UPSSSC) @upsssc.gov.in. Candidates who had appeared in the UPSSSC VDO Exam 2016-20 (Advt No. 03-Exam-2016) can check the revised result directly on this website.

The result has been released for 18 candidates out of 116 candidates. Their result was withheld by the commission whose eligibility, date of birth, CCC document, or reservation-related proof were found incomplete.

The UPPSC has released the result on the basis of candidate’s performance in written test, physical test, and interview. A total of 2947 candidates out of 3133 candidates were selected for the recruitment to the post of Gram Vikas Adhikari against the advertisement number 20/11/Computer/2016/3-Exam-2016, Dated on 18 July 2018.