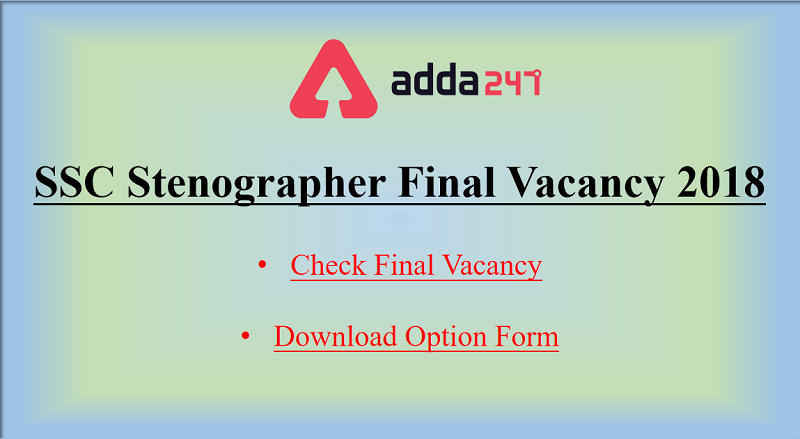 SSC has also released the option form for the SSC Stenographer 2018. Commission has released the option form of SSC Stenographer Grade ‘C and D’ 2018 . Candidates can download the SSC Stenographer Option Form by clicking on the link given below. The duly filled option form needs to be submitted at the time of document verification. Candidates need to fill the option form according to the post preferences they want to opt for. Commission will consider your options while allocating the post after the skill test. Final selection and allocation of Ministries/ Departments to the appointed candidates will be made on the basis of the performance of candidates in the Computer Based Examination and the preference of Posts/ Departments exercised by them at the time of Document Verification.