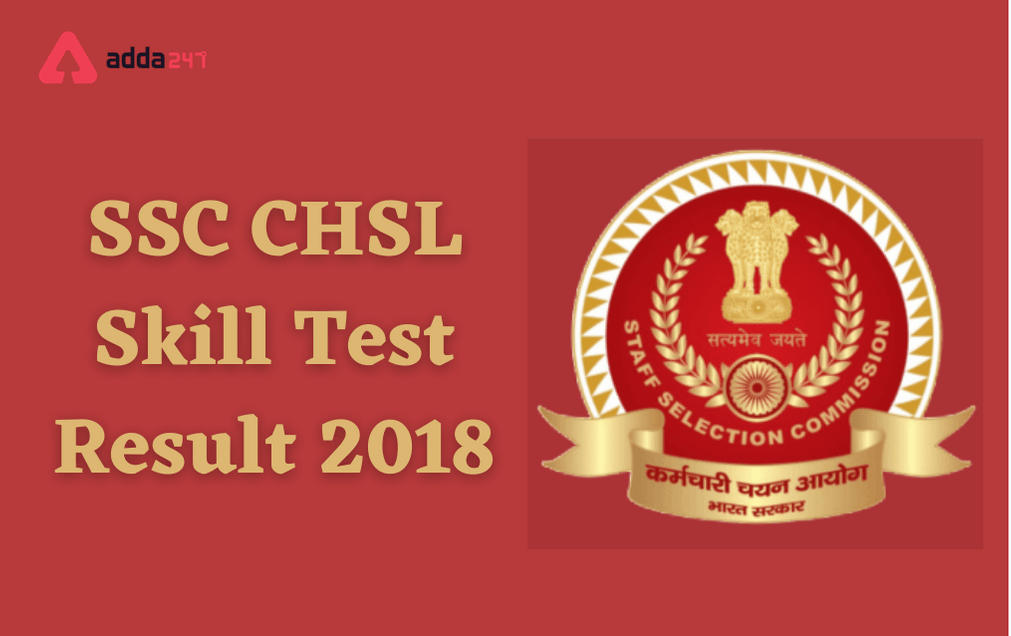 SSC CHSL Skill Test Result 2018: The Staff Selection Commission (SSC) has announced the result of the Typing Test and Data Entry Speed Test (DEST) for CHSL 2018 for the post of DEO/LDC/JSA, PA/SA on 10th June 2021 on its official website @ssc.nic.in. The result pdf for the typing test/ data entry speed test has been provided below. The candidates who appeared in the test held on 28th November 2020 can check their roll numbers in the result pdf. The qualified candidates whose roll number are mentioned in the result pdf will be called for Document verification for SSC CHSL 2018.

The schedule for the conduct of Document Verification will be available on the respective websites of the Regional Offices of the Commission in the due course. Details of the error percentage of the candidates in the Skill Test will be uploaded on the Commission website from 15 June 2021 to 30th June 2021

Skill test Result PDF for the post of DEO in CAG

Below are the category-wise number of candidates qualifying for the Skill Test/DEST of CHSL 2018 Examination and qualified for the next round i.e. Document verification.

SSC has also released the cut off percentage along with the result for the Skill test on its official website. Check the category-wise Cut-off based on the percentage of errors/mistakes below