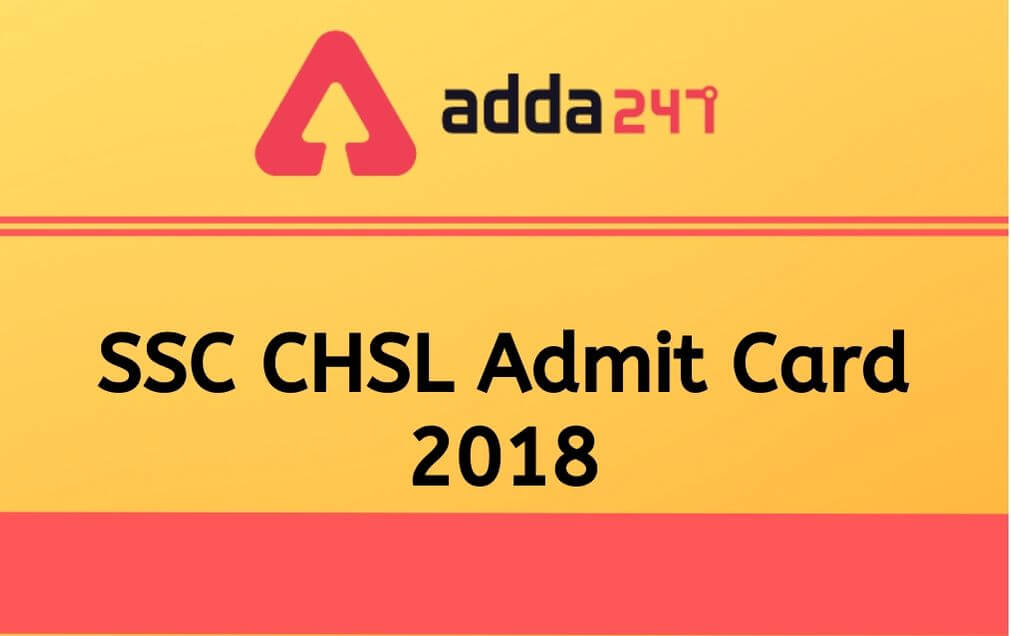 SSC has released the admit card of the SSC CHSL skill test for the SSC CHSL 2018 exam. Earlier, Staff Selection Commission (SSC) has postponed the Skill Test Examination of CHSL 2018 on 23rd March 2020 due to COVID-19. The commission is going to take the skill test on 26th November 2020.

The Region-wise SSC CHSL Skill Test Admit Card links are mentioned below. All candidates can download their admit card by clicking on the links mentioned below:

Step 1 – Click on the link provided below to download the admit card. It will be live once the admit card will be released.
Step 2 – A new page will appear on the screen of your device.
Step 3 – Here you will have to enter your “Registration ID /Roll No. / Name and Father Name” and “Date of Birth”.
Step 4 – Now click on the “Login” button.
Step 5 – You will be able to see SSC CHSL Admit Card on the screen.
Step 6 – Now download it and take its print out for further reference.

Once the Admit Card for SSC CHSL Tier III has been downloaded, Candidates need to check all details in the admit card:

Document Required Along With Admit Card

Admit Card is mandatory for the candidates to carry it to the exam venue to show it as proof for his/her eligibility for that particular phase of the exam. Some of the documents that can be carried as ID proof are:

What After Downloading Admit Card!

SSC conducts the CHSL Exam in Three Stages which are mentioned below:

SSC CHSL Tier III exam is qualifying in nature. Candidates must have to qualify for the Tier III round otherwise they will not be considered for the final result of SSC CHSL 2018.