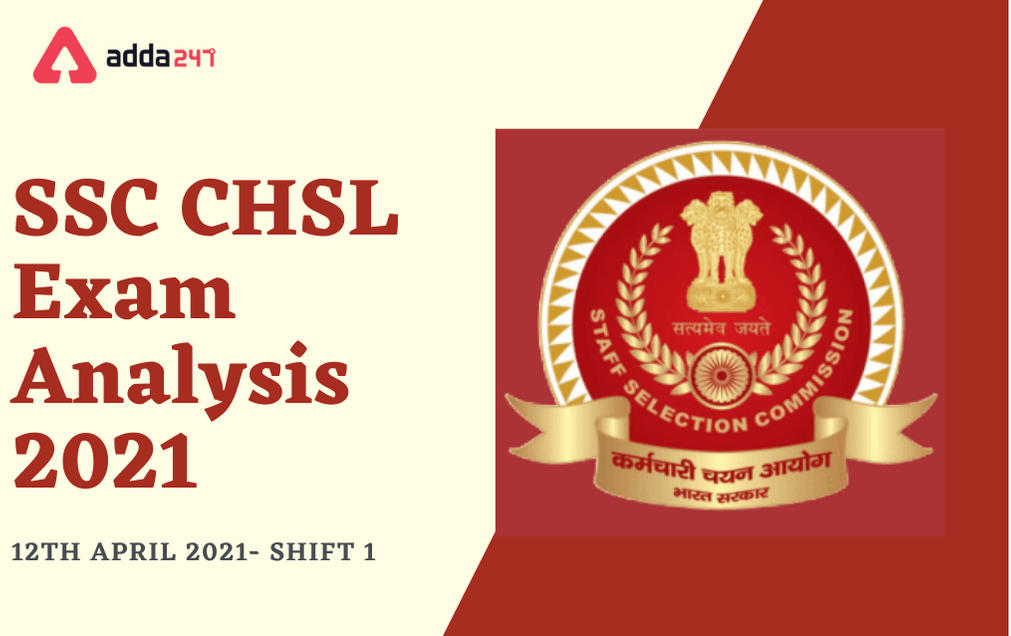 SSC CHSL Exam Analysis 2021: The Staff Selection Commission (SSC) has started the recruitment examination for various posts of Group C and D level, with lakhs of candidates appearing for the examination. The overall difficulty level of the Shift-1 Exam was Easy to Moderate. Adda247 is ready with the detailed SSC CHSL Exam Analysis of the 1st shift of 12th April along with the questions asked in the shift and exam review of students have been provided her. The SSC CHSL 2021 has been scheduled from 12th to 27th April 2021 and on 22nd May 2021 for candidates who opted for West Bengal centres. This detailed review of the SSC CHSL Exam will help the candidates who are yet to appear for the exam. Go through the detailed analysis from the article below.

Before going further, let’s have a look at what was the exam pattern of the SSC CHSL Tier-1 Exam 2021. Below is the section-wise distribution of the exam. The total duration of the exam was 60 minutes.

The difficulty level of the SSC CHSL tier-1 exam held on the 1st shift on 12th April 2021 was Easy to moderate. The questions from the General Awareness section were quite difficult as per the student’s reviews. The overall attempts with section-wise difficulty level have been tabulated below. 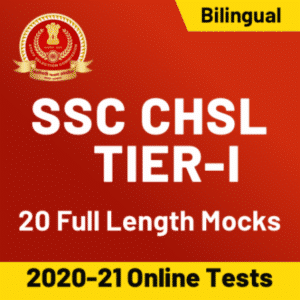 SSC CHSL exam consists of 4 sections; General Intelligence, Reasoning Section, Numerical Ability, General Awareness and English Comprehension. Here we have discussed the section-wise analysis to help you know what was level of each section and which topics were covered in the exam.

Two DI were asked in the exam which is given below:
DI [Tabular]
DI [Bar Graph]

The SSC CHSL general awareness section was easy to moderate. Know the common topics and questions asked from here:

The General Intelligence/Reasoning section of the SSC CHSL 2021 Tier-1 exam was Easy. While the Analogy, Figure Counting, Blood Relation, and Series questions were easy. There were only 2 questions from the mirror image.

Stay tuned we will update you with the detailed analysis soon

Ans. The difficulty level of the SSC CHSL exam on 12th April 2021 was Easy to Moderate.

Ans. The reasoning section was the easiest section in the 1st shift of 12th April 2021.

Q. What was the overall good attempts of the SSC CHSL 2021 Tier-1 exam?

Ans. The overall good attempts for SSC CHSL Tier-1 Exam is 76 to 80 as per the review of students.