The organisation has claimed to be working and recruiting for various posts under Ministry of Corporate Affairs. The moment major recruitment agencies started publishing the recruitment regarding Special Defence Forces Recruitment, the Press Information Bureau (PIB) clarified that no such organisation exists under the Ministry. It termed the advertisement as fake. 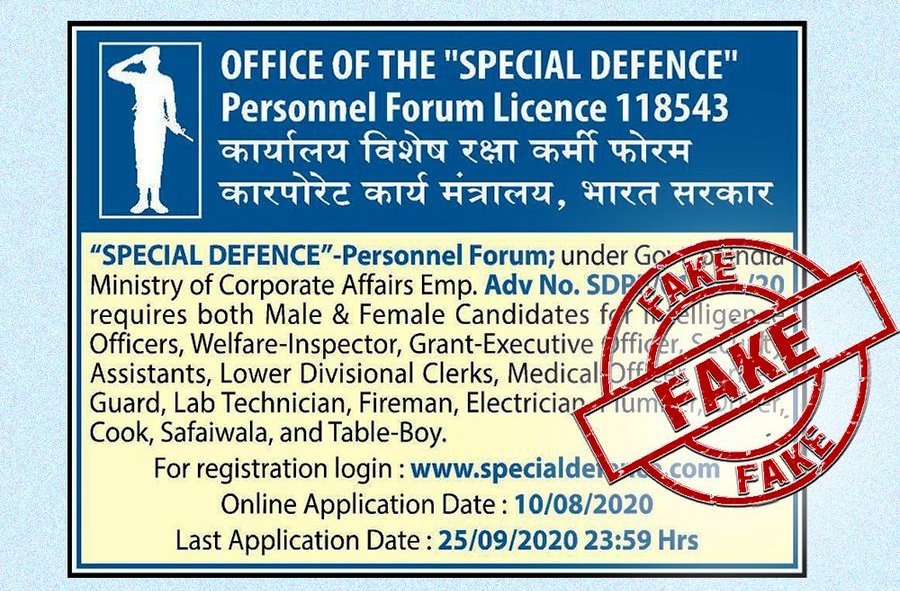 A no. of candidates had even started to apply for the Special Defence Recruitment 2020. The Recruitment for the Special Defence was published in the Employment Notice dated 22-28 August, 2020. The Employment News is responsible for the publication of a large no. of Govt. Job Notification. Later on, the Public Divisions even issued an official statement regarding the publication of fake govt. job recruitment in a series of tweets that is stated below:

“As per the official website of Publication Division “Advertisement Withrawn !!!!The advertisement of vacancies by “Office of the ‘Special Defence’ Personnel Forum”  in 15-21 August 2020 issue of Employment News/Rozgar Samachar is being withdrawn as its veracity is not established. @pibfactcheck such organization doesn’t exist in the concerned Ministry. Corrigendum to this effect is being issued in ‘Rojgar Samachar’ issue dated 22-28 August, 2020”

This is the reason why major and reputed sites had even started to publish regarding this recruitment until it was confirmed by the PIB. One relies on the Employment News for govt. job recruitment as is the flagship weekly job journal from Ministry of Information and Broadcasting, Government of India. Check out the following images: 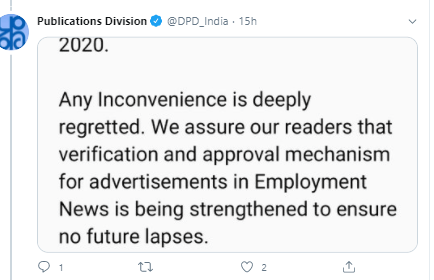 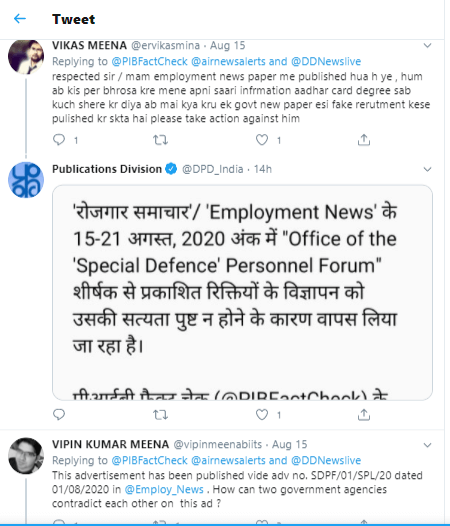