Daily Important News will speed up the preparation for the Civil Services Examination and it also plays a crucial role to grasp the current affairs topic comprehensively. Here we have covered most of the topics related to various categories including National, International, Sports, Science and Technology, and so on.

– It will be chaired by the Kingdom of Saudi Arabia, under the theme “Realising the Opportunities of 21st Century for All” on 21-22 November 2020. The meeting will be held in a virtual format.

– The focus of the upcoming G20 Summit will be on an inclusive, resilient, and sustainable recovery from the COVID-19.

– During the G 20 Summit, the leaders will discuss pandemic preparedness and the ways and means to restore jobs. The leaders will also share their vision for building an inclusive, sustainable, and resilient future.

– India will enter the G20 Troika, along with Saudi Arabia when Italy will take over the Presidency of the G-20 on 1st December, 2020.

– The two Prime Ministers underlined the excellent relations between India and Luxembourg based on shared principles and values of democracy, freedom, rule of law, and respect for human rights.

– The two leaders acknowledged the growing convergences between India and Luxembourg on global issues of mutual interest.

– Both Prime Ministers welcomed the signing of a cooperation agreement between Invest India and Luxinnovation to support and develop mutual business cooperation between Indian and Luxembourg companies.

– They also noted that Luxembourg companies were taking a growing interest in India’s various initiatives related to the environment, clean energy and sustainable technologies, including the Clean Ganga Mission.

– The leaders looked forward to the 17th Joint Economic Commission between India and the Belgium-Luxembourg Economic Union to review the economic and trade relations.

– Speaking at a virtual launch of the Energy Technology Perspectives 2020, a new study of IEA. It focusses on the technology needs and opportunities for reaching international climate and sustainable energy goals.

– Mr. Birol praised the Indian government for its efforts in providing clean energy to millions by way of schemes like Ujjawala and Ujala.

– India’s actions on renewable energy the Environment Minister said that India’s renewable energy now stands at 89 GW. It has increased by 170 % in the last 6 years which is a significant increase.

– “Our Hon’ble PM Shri Narendra Modi has declared 175 GW of renewable power by 2022 and our aspirational goal stands at 450 GW of renewable energy.”, said Shri Javadekar

– It was held in the presence of the Union Minister for Environment, Forest & Climate Change, Information and Broadcasting and Heavy Industries & Public Enterprises, Shri Prakash Javadekar and other dignitaries.

– Speaking on the occasion, Shri Rajnath Singh said that this compilation of speeches of President Shri Ram Nath Kovind presents a comprehensive picture of his work, personality and values.

– The ‘लोकतन्त्र के स्वर’ and ‘The Republican Ethic’, published by the Publications Division, Ministry of Information and Broadcasting, Government of India, are series of books of collection of selected speeches of the President of India, Shri Ram Nath Kovind in Hindi and English respectively.

– The third volume contains 57 selected speeches of the President delivered during the third year of his presidency.

Who are Sarna Tribal?: Click Here to know in detail.

– As part of efforts to improve the overall management of defence land, for the first time, a Land Management System (LMS) has been developed by Department of Defence in conjunction with DGDE and Armed forces.

– The portal was formally launched by Shri Rajnath Singh, Hon’ble Raksha Mantri in presence of officials from Indian Army, DGDE and Department of Defence.

– The Intranet portal shall digitize all requests of defence land management received by the Department in future.

– All data for cases since 2016 have already been captured and are available in the portal. Progressively, data of prior period will also be entered in the portal which is meant only for departmental use and it is not open for the public.

– The portal is expected to bring in greater speed, transparency and efficiency into the Land Management System (LMS) of the Department.

– The technical support for this GIS-based system has been provided by BISAG, India’s premier organization in GIS-based informatics.

– 3rd Naturopathy Day is observed on 18 November, 2020 with a theme of Nurturing Vitality Through Naturopathy”.

– It was organized at the Nisargopchar ashram in Urli Kanchan in collaboration with National Institute of Naturopathy in Pune.

As per PIB, the highlights of the programme are as follows:

– Awareness session on Covid -19 and related safety precautions in day to day life.

– Session on naturopathy for vitality

– Session on a naturopathic diet to improve immunity and health

– Distribution of kadha and naturopathic lunch for all the participants.

– This will help Meghalaya to harness its vast growth potential for high-value agriculture and tourism.

– The project will improve about 300 km of strategic road segments and stand-alone bridges by using innovative, climate-resilient, and nature-based solutions.

– It will also support innovative solutions such as precast bridges to reduce both time and cost of construction.

– This operation will also support the state government’s “Restart Meghalaya Mission” to revive and boost development activities affected due to COVID-19 pandemic. It will help restore transport services and generate direct employment of about 8 million person-days.

– The $120 million loans from the International Bank for Reconstruction and Development (IBRD) has a maturity of 14 years including a grace period of 6 years.

– A Virtual Ceremony for the joint launch of RuPay card Phase-II by Prime Minister Shri Narendra Modi and Prime Minister of Bhutan Lyonchhen Dr. Lotay Tshering will be held on 20 November 2020.

– The Prime Ministers of India and Bhutan had jointly launched Phase-I of the project during the State Visit of Prime Minister to Bhutan in August 2019.

– The implementation of Phase-I of RuPay cards in Bhutan has enabled visitors from India to access ATMs and Point of Sale (PoS) terminals across Bhutan. 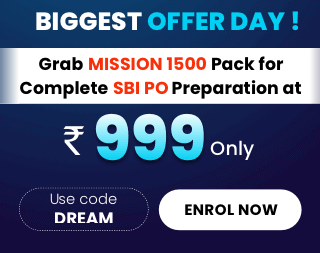