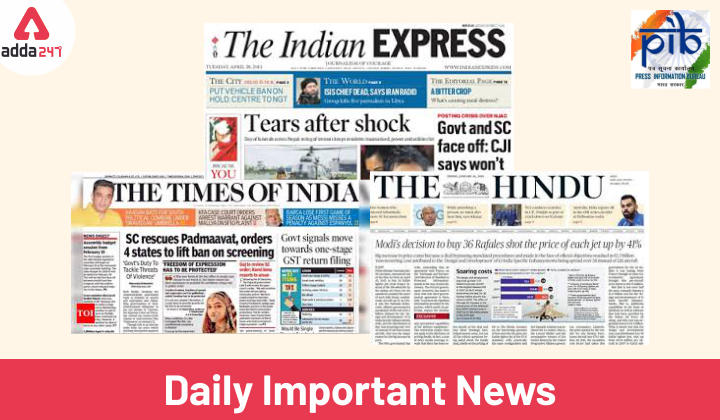 – To clear the festive rush, Ministry of Railways has approved 196 pairs (392 trains) of “Festival Special” services over Indian Railways to be operated from 20th October 2020 and 30th November 2020.

– The fare for these Festival Special services shall be that applicable for special trains. 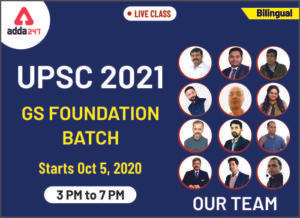 – Virtual Inauguration of Students Residential Complex and other Facilities at IIFPT.

– Narendra Singh Tomar, Union Minister of Rural Development, Agriculture & Farmer Welfare, Panchayati Raj and Food Processing Industries has said that the prosperity of agriculture and farmers is must for achieving the objective of Aatma Nirbhar Bharat.

– Tomar said that the institute commenced as a paddy quality testing laboratory in 1967, and has evolved across years.

– He further stated that this Institution was renamed as the Indian Institute of Food Processing Technology to signify its up-gradation and broadening of scope and services to all areas of food processing, including milk, meat, fish and poultry.

– The institute is equipped with hi-tech research facilities, business incubation centre and accredited food testing lab. IIFPT has forged strong links with the industrial community in India and abroad.

– The institute has recently acquired 14.50 acres of land adjacent to its existing location for the creation of infrastructure for expanding its research and academic activities.

– Union Minister for Education Ramesh Pokhiyal ‘Nishank’ inaugurated the Vivekananda Lecture Theatre Complex that has been constructed in the campus of Malaviya National Institute of Technology Jaipur.

– According to the Union Education Minister, Vivekananda Lecture Theatre Complex is one of the largest lecture theatre complexes in entire Asia with a capacity to teach 6792 students at a time through its 48 classrooms.

– A case study published recently in AYUHOM, the Research Journal of North Eastern Institute of Ayurveda and Homoeopathy, Shillong illustrates that Homoeopathy can do wonders in cases of skin related viral diseases.

– Treatment of five patients suffering from five different skin diseases with Homoeopathy has given notable results which give a boost to the conviction of the positive effects of Homoeopathic medicine on such skin disorders.

– Skin diseases are numerous and frequently occurring health problem affecting all ages not only India but globally also.

– It was preceded by the Shanghai Five mechanism.

– In June 2002, the Shanghai Cooperation Organisation Charter was signed and entered into force on 19 September, 2003.

– The official languages are Russian and Chinese.

– The Royal Swedish Academy of Sciences awarded Sveriges Riksbank Prize in Economic Sciences, 2020 to Paul Milgrom and Robert Wilson for their work on commercial auctions.

– Sveriges Riksbank Prize in Economic Sciences, 2020 is given in memory of Alfred Nobel and is popularly known as Nobel Prize for Economics.

– It is officially titled the “Sveriges Riksbank Prize in Economic Sciences in Memory of Alfred Nobel”.