Bihar Forest Guard and Forester Result 2021: Central Selection Board of Constable (CSBC), on 19th April 2021, has uploaded the selection of the candidates qualified in the written exam, held on 16th & 20th December 2020, for the post of Forest Guard and Forester on its official website @csbc.bih.nic.in. According to the result released, a total of 968 candidates are shortlisted for the Physical Eligibility Test (PET). A total of 484 Forest Guard Posts against advertisement number 03/2020 and 236 Forest Posts against advertisement number 04/2020  under the Environment, Forest and Climate Change Department will be recruited through this recruitment drive. Bihar Police Forest Guard & Forester PET is scheduled to be held tentatively in May 2021.

CSBC Bihar Forest Guard & Forester against Advt No- 03/2020 and 04/2020 respectively have been released by the officials on its official website on 19th April 2021. The candidates who have appeared in the written exam on 16th & 20th December 2020 can download Bihar Forest Guard And Forester Result, directly, through the link below. 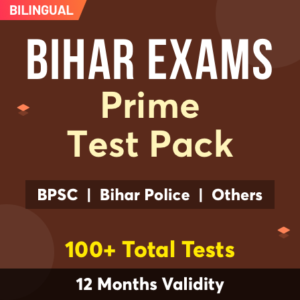 A total of 1,43,588 candidates attended the Bihar Police Forest Guard Exam in the exam and 44 were disqualified for the exam. Remaining 1,43,544 candidates were examined for the written test of which 472 are qualified for the Physical Round. All qualified candidates will now attend the CSBC Forester PET which is tentatively scheduled for May 2021.