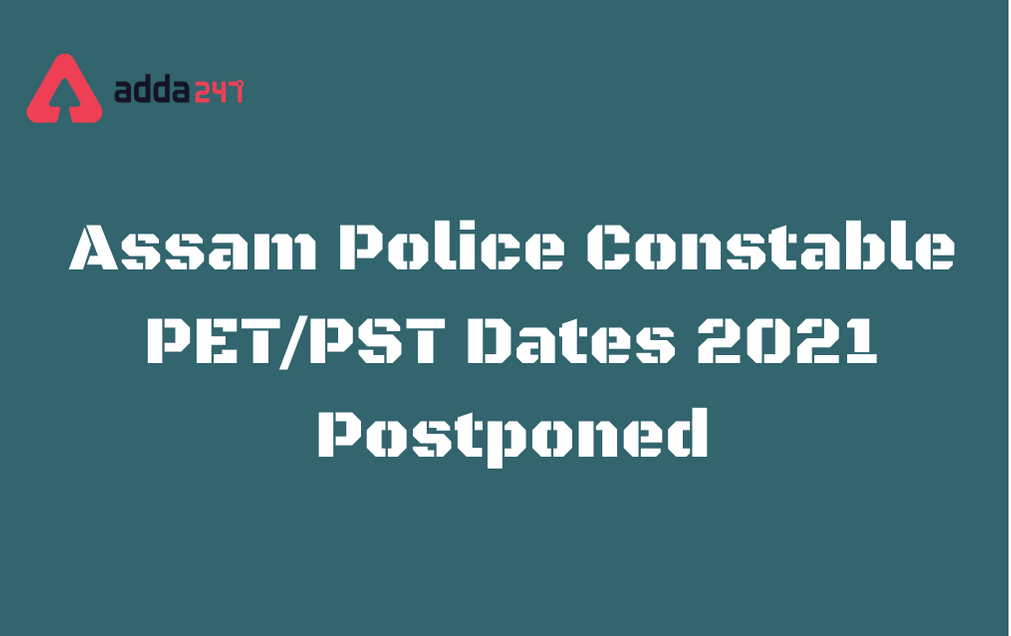 Assam Police Constable PET/PST Dates 2021: The State Level Police Recruitment Board (SLPRB), Assam has released a notice announcing that the Phase II PET/PST of Constable (Unarmed Branch/ Armed Branch) has been postponed till further notice. On 26th February 2021, Assam Police Constable Admit Card 2021 was released for the PET/PST in 3 districts, but now the dates have been suspended further for 15 districts- Hojai, Hailakandi, Karbi Anglong, Majuli, Chirang, Morigaon, Biswanath, Darrang, Kamrup (M), Udalguri, Dhemaji, Sonitpur, Sivasagar, Karimganj and Jorhat. The new dates will be announced after receipt of approval from the Election Commission of India. The notice released regarding the suspension of PET/PST dates has been attached here. Stay tuned for every latest update about the PET/PST dates will be notified once released by the authority. 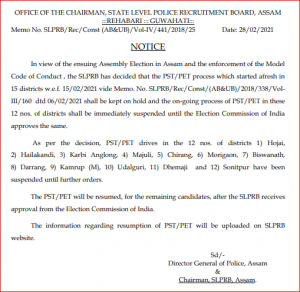 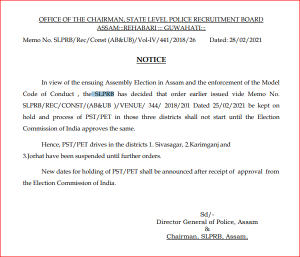