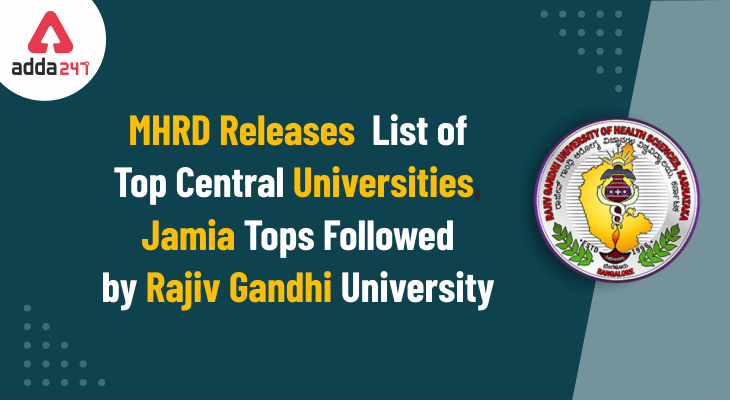 It is followed by Rajiv Gandhi University of Arunachal Pradesh with 83% for the second rank and Jawaharlal Nehru University (JNU) at the third rank with an overall score of 82%. In the list of top central universities, Aligarh Muslim University appeared in the 4th position with a score of 78%. The ranking has been prepared according to the key evaluation parameters fixed under a Memorandum of Understanding in 2019-20.

On achieving the first rank, the Jamia Millia Islamia University issued a statement that, “All the universities were required to sign a tripartite MoU with MHRD (ministry of education) and UGC for continuous evaluation. Jamia was the first university in 2017 to sign this MoU and present itself for performance evaluation.” The statement further added that, “Jamia also did well on other parameters of governance, finance, national and international rankings like NIRF, NAAC and QS as well as co-curricular and extracurricular activities.”

Achievement Significant in the Wake of the Challenging Circumstances

The evaluation of 40 central universities was done on a number of parameters like student diversity, annual student intake in PG, UG, MPhil, and PhD courses, percentage of foreign students, percentage of female students, students from other states. Additionally, several other key parameters were also considered including teacher vacancies, student-teacher ratio, number of students placed through campus interviews, profile of visiting faculty, number of students who have qualified for GATE and NET, amongst several others.