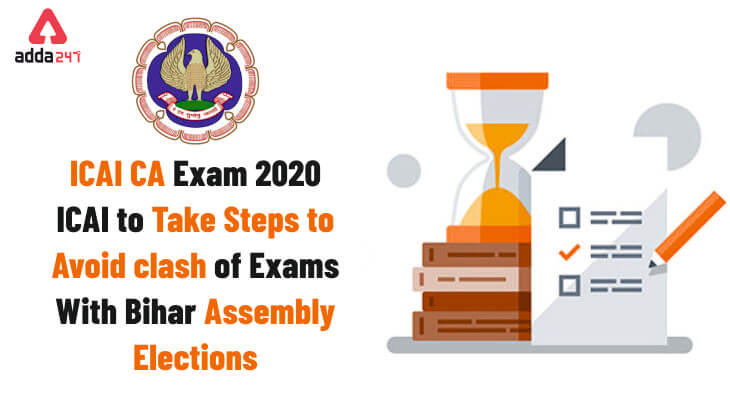 ICAI CA Exam 2020: After the announcement of Bihar Assembly Elections Dates by the Election Commission of India, there has been an issue regarding the clash of Assembly Election Dates with CA exam. ICAI has released a notice for CA Aspirants that the necessitate arrangements are being formulated to avoid such clashes. The Institute has further stated that after the arrangements formulation, students will be informed of the necessary steps.

According to the notice published by the institute of Chartered Accountants of India (ICAI); the dates of Bihar Assembly Elections are being clashed with CA exam dates. As per the schedule, ICAI CA November Session Exams are to be held from 1 to 18 November, 202090. On the other hand, as per the dates announced by Election Commission of India, the Bihar Assembly Elections are scheduled to be held on 18 October, 3 and 7 November, 2020. This means there is a clash between exam and election dates.

The notice released by ICAI has confirmed that the institute plans to take the needful and appropriate steps to ensure interests of its students appearing from the examination centers from the State of Bihar.