Q2. The statement that molecular weight of all gases occupies the same volume is known as
(a) Avogadro’s hypothesis
(b) Gas law
(c) Dalton’s law
(d) Thermodynamics law

Q3. Critical speed of a turbine is
(a) same as run-away speed
(b) speed that will cause mechanical failure of the shaft
(c) speed at which natural frequency of vibrations equals the number of revolutions of the same time
(d) speed equal to synchronous speed of the generator

Q4. A curve showing the variation of load on a power station with respect to time is known as
(a) Load curve
(b) Load duration curve
(c) Diversity factor
(d) Performance curve

Q8. The safeguarding structure provided in the dam to relieve the reservoir of excess water when the water level in the reservoir rises, is known as:
(a) Spillways
(b) Draft tube
(c) Catchment area
(d) Surge tank

Q9. The potential energy an elevator loses in coming down from the top of a building to stop at the ground floor is
(a) lost to the driving motors
(b) converted into heat
(c) lost in friction of the moving surface
(d) used up in lifting the counter poise weight

Q10. Which of the following is not an example of plastic?
(a) polyethylene, polystyrene
(b) Poly ethylene tetraphthalate
(c) Poly vinyl chloride
(d) Kovar

S2. Ans (a)
Sol. Avogadro’s law states that under the same conditions of temperature and pressure, equal volumes of different gases contain an equal number of molecules.

S4. Ans (a)
Sol. Load curve is the variation of load with time on a Power Station. As the load on a Power Station never remain constant rather it varies time to time, these variations in load is plotted on half hourly or hourly basis for the whole day. The curve thus obtained is known as Daily Load Curve.

S5. Ans (d)
Sol. Since, one engine cycle in a two-stroke engine is completed in one crankshaft rotation, gas exchange has to occur while the piston is near BDC. This process of simultaneously purging exhaust gas from the previous cycle and filling the cylinder with fresh charge for a new cycle is referred to as scavenging.

S8. Ans (a)
Sol. A spillway is a structure used to provide the controlled release of flows from a dam or levee into a downstream area, typically the riverbed of the dammed river itself.

S9. Ans (d)
Sol. The potential energy an elevator loses in coming down from the top of a building to stop at the ground floor is used up in lifting the counter poise weight.

S10. Ans (d)
Sol. Kovar is not a type of plastic, but it is actually an iron nickel-cobalt alloy. 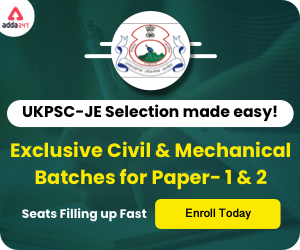 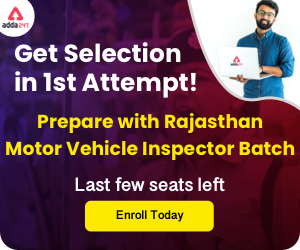