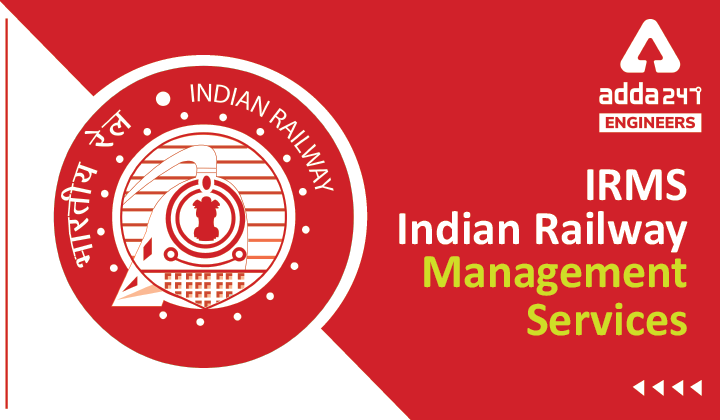 Indian Railways Management Services is the newly added Class A Services in Indian Railways. The Class A Engineering Vacancies in Indian Railways were recruited by the Engineering Services Examination. Now, the authorities have decided the recruitment for class A services would be done through IRMS. Union Public Service Commission has released the official notice that 50% of the vacancies will be recruited through UPSC CSE Examination and for the remaining vacancies, they will be opting the method of departmental up-gradation. The tentative number of vacancies released in this notice is 150. The notice has been given below for reference.

Indian Railway Management Service has issued the gazette notification in which IRMS has decided to unify eight existing services of Indian Railways. There will be just two departments that are Railway Protection Force and Medical Service Department for the Indian railways. The gazette Notice is issued by the ministry of railways.

The following mentioned Group A services from UPSC Civil Services and Engineering Services are proposed to be through IRMS.

(1) Every officer on appointment to the Service, either by direct recruitment or by promotion in Junior Time Scale, shall be on probation for a period of two years: Provided that the Controlling Authority may extend the period of probation in accordance with the orders and instructions issued by the Government from time to time.
Provided further that any decision for any extension of period of probation shall be taken ordinarily within eight weeks after expiry of the previous period of probation and communicated in writing to the concerned officer together with the reasons for so doing within the said period.
(2) On completion of the period of probation or an extension thereof, officers shall, if considered fit for the permanent appointment, be retained in their appointment on regular basis and be confirmed in due course against the available substantive vacancy, as the case may be.
(3) If, during the period of probation or any extension thereof, as the case may be, the Government is of the opinion that an officer is not fit for permanent appointment, the Government may discharge or revert the officer to the post held by him prior to his appointment in the Service, as the case may be.
(4) During the period of probation or any extension thereof, the officers may be required to undergo such training and instructions and to pass such examination and tests (including examination in Hindi) as Government may deem fit, as a condition to satisfactory completion of probation.
(5) In all matters not specifically provided for herein, the probationers will be governed by the provisions of the Indian Railway Establishment Codes or Manuals as amended from time to time and other
orders in force issued by the Controlling Authority from time to time.

(1) Whenever any Indian Administrative Service officer of the State or Joint Cadre is posted at the Centre to a particular grade carrying pay in a specific level in thepay matrix for which Nonfunctional upgradation is applicable, the members of this Service, who are senior to such Indian Administrative Service officer by two years or more and have not so far been promoted to that
particular grade, would be granted the same grade on non-functional basis from the date of posting of theIndian Administrative Service officer in that particular grade at the Centre.
(2) All the prescribed eligibility criteria and promotional norms including benchmark‘ for up-gradation to a particular level in the pay matrix shall have to be fulfilled at the time of screening for grant of higher level in the pay matrix.
(3) Grant of Non-Functional Up-gradation shall be made on the recommendations of the Departmental Screening Committee as specified in Schedule III.
(4) The terms and conditions for grant of Non-Functional Up-gradation shall be as per the instructions or orders issued by the Government on the subject from time to time.

Other Conditions of Service

The conditions of service of the members of the Service, in respect of matters for which no provision is made in these rules shall, unless the Government otherwiseorders, be the same as are applicable from time to time to officers of the OrganizedGroup – A‘ Central Service.

The candidates must be any of the following to apply for IRMS Exam,

The candidates must have any of the following educational qualifications to apply for IRMS Exam 2022,

The candidates would be finally selected through three stage process for IRMS Class A Service Posts. The three stages namely, Prelims, Mains and Interview. The screening would be done through prelims exam.

The marks obtained by the candidates in preliminary exam would be just for screening purpose and will not be considered for the final merit list.

The list of optional subjects that can be opted for UPSC Mains Exam,

The standards about Height and Chest has been given below in the table format,

The standards about Vision has been given below in the table format,