Q4. Ferranti effect can be compensated by which of the following
(a) Shunt capacitor
(b) Shunt reactor
(c) Series capacitor
(d) Both a and b 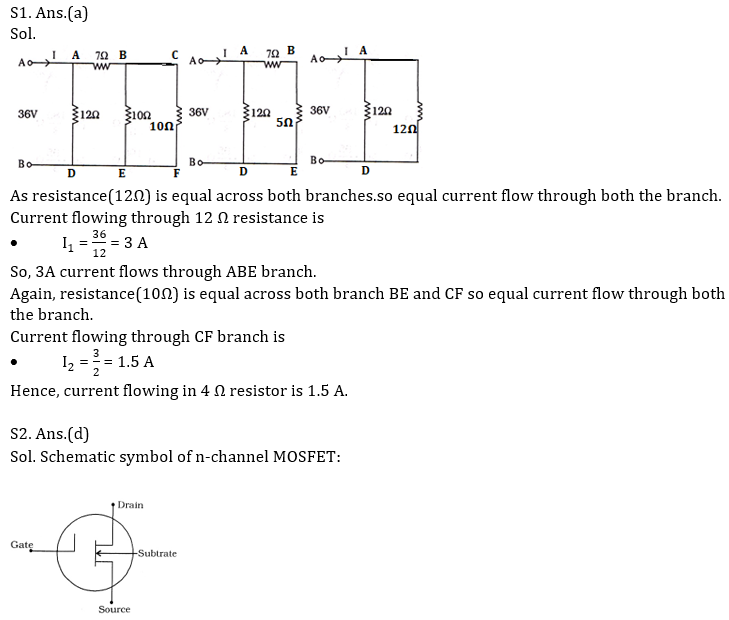 S3. Ans.(a)
Sol. Electric field intensity is the force per unit charge; hence it is directly proportional to the force applied.

S6. Ans.(c)
Sol. Starting torque is directly proportional to the rotor resistance of an induction motor.