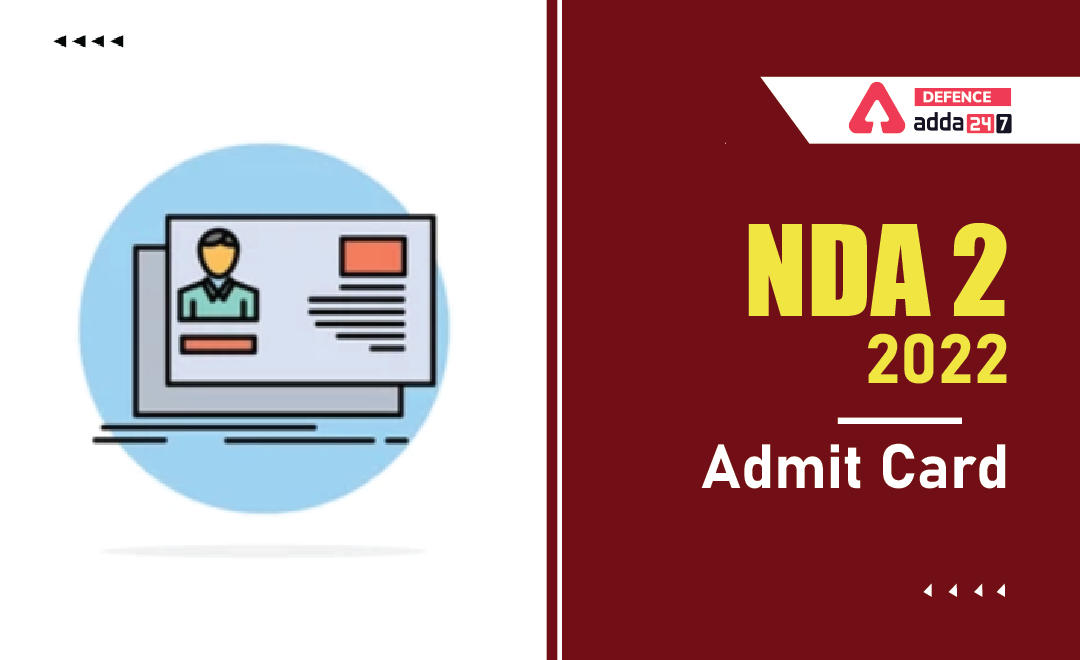 NDA Admit Card 2022: UPSC is going to conduct the NDA 2 2022 exam on 4th September 2022 to select eligible candidates for admission in the elite National Defence Academy. The Admit Card/ Hall Ticket for the written examination has been released on the official website. The admit card can be downloaded from the official website of UPSC. One can download the e-admit card by using either registration Id or roll number. Direct link to download NDA Admit Card is given below.

Let’s have a look at the important dates of NDA 2 2022 Examination.

UPSC has released the Admit Card for NDA 2 2022 on 10th August. Candidates can download the Admit Card from the official website of UPSC.  The written exam of UPSC National Defence Academy (NDA) consists of 2 papers i.e. General Ability Test and Mathematics.

Step 1: Open the link https://upsconline.nic.in/ in your browser. The given link has been activated above.

Step 3: Carefully read the important instructions or take a Print Out.

Step 5: Enter your Date of Birth and Captcha shown in the picture.

Step 6: Download the e-admit card and take a print out of it.

Here all the important point mentioned that will be on your NDA Admit Card.

The NDA Written Exam would be held in total 41 cities. Candidates can check their exam centers below:

Ans. NDA admit card 2022 has been released on the official website @upsc.gov.in.

Q2. Will the NDA Admit card be sent through post or email?

Q3. I have forgotten my registration number, how can I retrieve it?

Ans. In case, you have forgotten your registration number, click on Forget login details and get a verification code on your registered mobile number or email id.