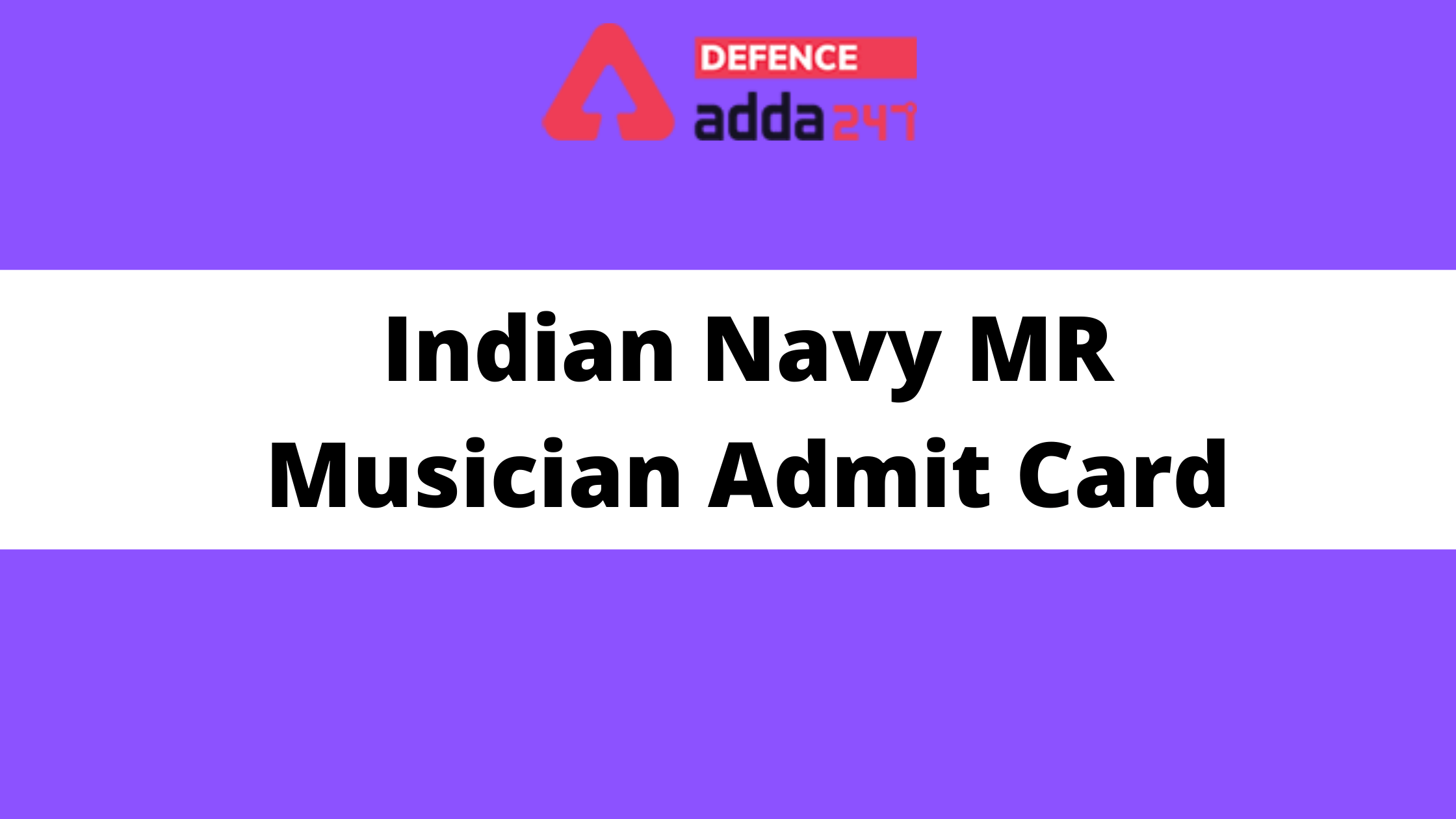 Indian Navy MR Musician Admit Card Released: Online applications were invited from unmarried male candidates who fulfill the conditions regarding the nationality as laid down by the Government of India for musician sailors in the Oct 2021 Batch for a total of 33 vacancies, approximately 300 candidates will be called for Music screening test. The Admit Card for the same has been released by the Indian Navy.

Candidates who are looking for the steps as to how to download the Indian Navy MR Musician Admit Card can follow these simple steps:

Due to COVID–19 Pandemic, an exception is being made in the public interest wherein approximately 300 candidates will be called up for Music Test and PFT. Selection of recruits is based on the order of merit on their performance in Music Screening Board and subject to clearing PFT at Kunjali and Enrolment Medicals examination at Chilka.
Shortlisting of candidates for Music Test will be undertaken on the basis of music certificates attached. Order of precedence will be as follows: –
Note: In case number of candidates, having similar qualification exceeds the numbers of vacancies, the shortlisting will be carried on the basis of 10th marks.
(a) The Music Screening Board will be conducted on the date and slot given in the call up letter. Verification of age, education qualification, music certificates and musical ability along with physical fitness of the candidate will be assessed during Music Screening Board.
(b) Those who qualify the Music Screening Board will be required to undergo Enrolment Medical Examination tentatively scheduled in the month of October 2021.

The PFT will be conducted for all candidates appearing for the Music Test. Qualifying in Physical Fitness Test is mandatory for selection. PFT will consist of 1.6 Km run to be completed in 7 minutes, 20 squat ups (Uthak Baithak) and 10 Push-ups. Candidates undergoing PFT will do so at their own risk.
Check: Indian Air Force Group C Recruitment 2021

(a) Medical examination will be conducted by authorised military doctors as per medical standard prescribed in current regulations applicable to sailors on entry.

(b) Minimum height 157 cms. Weight and Chest should be proportionate. Minimum Chest expansion of 5 cms.

(c) The candidates must be in good physical and medical health free, from any defect likely to interfere with the efficient performance of duties both ashore and afloat under peace as well as war conditions in any part of the world as per Navy Order (Spl) 01/2008.

(d) Permanent body tattoos are only permitted on inner face of forearms i.e from inside of elbow to the wrist and back (dorsal) part of hand/reverse side of palm. Permanent body tattoos on any other part of the body is not acceptable and candidate will be banned from recruitment. (e) Candidates are advised to get their ears cleaned for wax and tartar removed from teeth prior to examination.

The training for the course was commenced in October 2021, with 15 weeks Basic Training at INS Chilka in Odisha. Thereafter the trainees are sent to Mumbai for 26 weeks specialised training in Military Music.