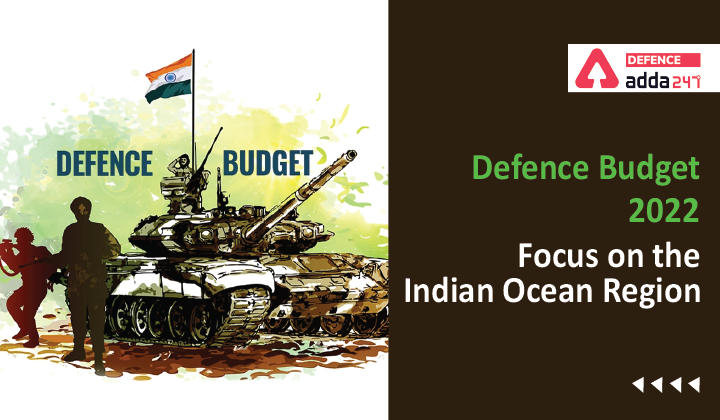 The budget presented yesterday by our Honorable Finance Minister has some new focus areas  and plans for every sector, in this article we will discuss key changes and Highlights of the Budget Allocated for the Defense Sector.

A Push Towards “Make in India”

The key feature of this year’s Defense budget was a push toward Make in India, India is the second largest importer of defense equipment  . “Our government is committed to reducing imports and promoting Atmanirbharta in equipment for the armed forces,” this was the FMs Statement while presenting the Budget,
68% capital procurement budget  is earmarked for domestic procurement. Defence R&D to be opened up for start ups, private industry and academia. 25% of R&D budget will be set aside for this.private industry will be encouraged to take up design and development of military platforms and equipment.These were some Allocations toward the involvement of private sector in Defense manufacturing.

Focus in the IOR

Lately Indian ocean region has been in focus of the central government that’s why a great jump has been recorded in the budget allocated to the Navy,   In the previous financial year, the Navy’s capital budget was Rs 33,253.55 crore, but its revised estimates last year were hiked to Rs 46,021.54 crore, given its high pace of spending. The Navy also had a high total expenditure of Rs 41,666.76 crore in the financial year 2020-21. Among other things, the Navy is focusing on building its capabilities based on its threat assessments in the IOR.FM has announced a massive jump of around 43% toward the modernization of Navy, 47,990.99 crore has been allocated to the navy.