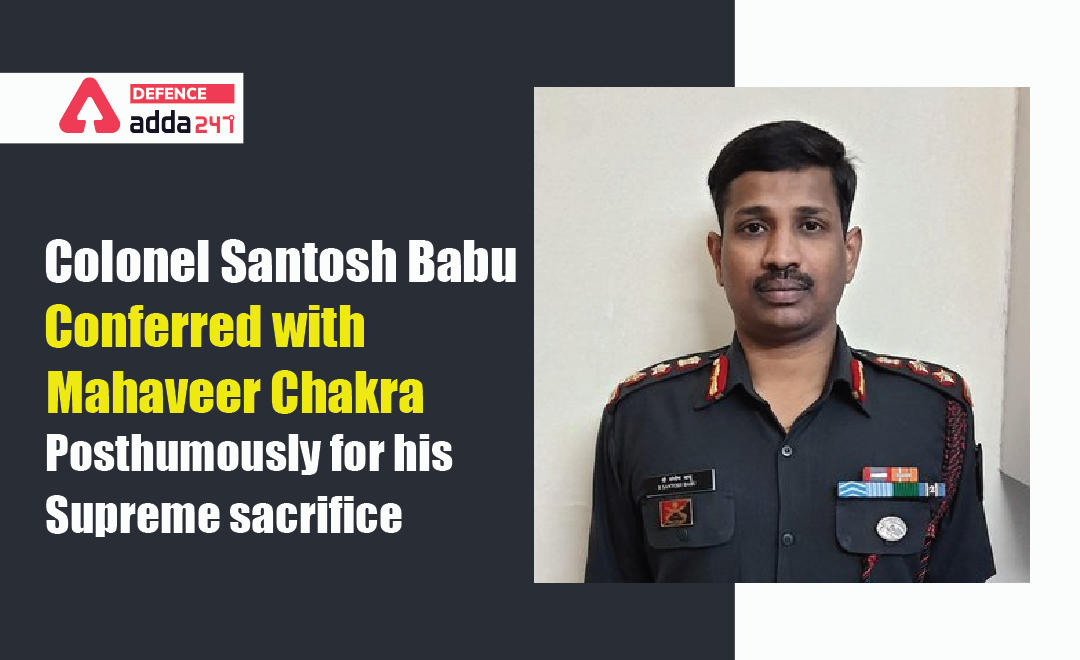 Anyone active on social media might have heard these lines countless times but there are few who prove this true and those who do are never forgotten, Colonel Bikumalla Santosh Babu is one such name which has been inked on the glorious History Forever.

Col Bikumalla Santosh Babu, the commanding officer of 16 Bihar Regiment, who fought a fiery battle and martyred  in a clash with Chinese Soldiers in Galvan valley was conferred with the country’s second highest gallantry award Mahavir Chakra today,4 other martyrs who fought at the cost of their life were awarded Vir Chakra.

The award was received by Col.Babu’s mother and wife from our Honorable President Ram Nath kovind at Rashtrapati Bhavan.

The Story of Supreme Sacrifice

Col Babu was deployed in Galvan Ghati as the commanding officer in the Galwan valley where the tensions between India and China were observed, Babu was given the task of establishing a observation post and he did as dictated, on June 15 when he was holding the position the Chinese troops attacked, the number of Chinese soldier was more and they all had lethal weapons , they even started pelting stone from high altitudes,but all this was not enough to induce even a pinch of fear in colonel Babu’s eyes,his spirits were too high to give up and he did what a true Soldier will do, he fought with gallantry and pride till the last breath making sure he makes the enemy bite dust till he is alive, and the lion made the supreme sacrifice for the country inspiring his troops to never give up.

Col. Babu was conferred Mahavir Chakra  “for conspicuous bravery in face of enemy, exemplary leadership, astute professionalism and supreme sacrifice in the line of duty”.

All we can do is shed tears for them ,give them awards but the cost of their life is too high to be paid by these awards and Sympathies, they are the ones that live eternally even after Dying . Jai Hind!