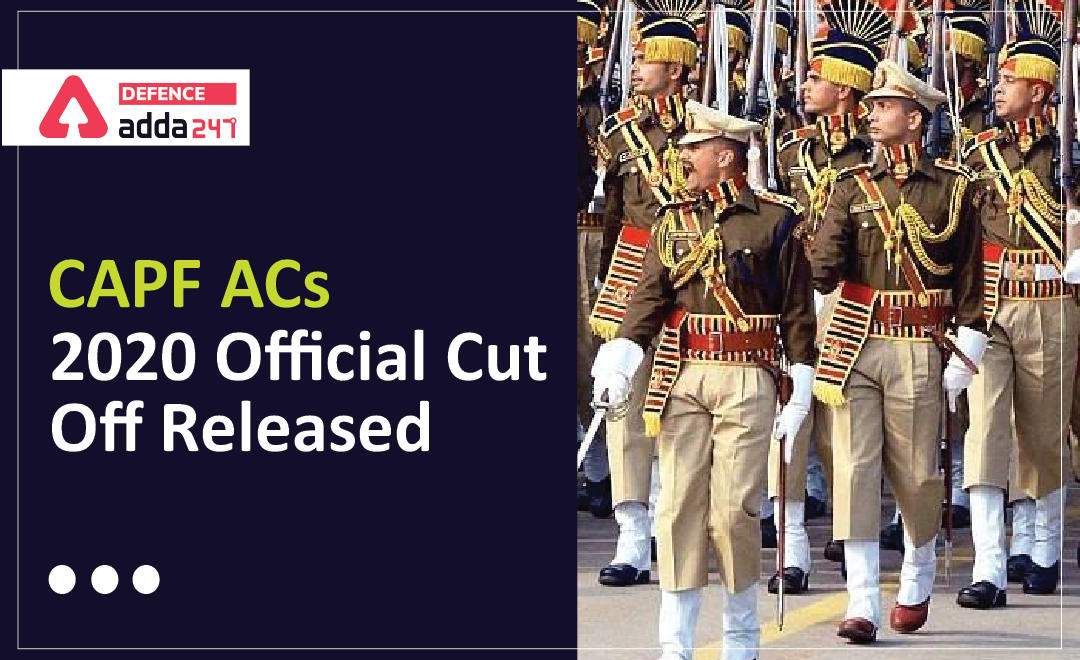 As we all know that UPSC has released the final merit list of CAPF Assistant Commandants (ACs) 2022 on 5th January 2022. Candidates who have cleared this exam can now check the final cut off released on the official cut off. A total number of 187 candidates have been selected for the appointment to the posts of Assistant Commandants (Group A) in the Central Armed Police Forces viz. Border Security Force (BSF), Central Reserve Police Force (CRPF), Central Industrial Security Force (CISF), Indo-Tibetan Border Police (ITBP) and Sashastra Seema Bal (SSB).

UPSC has released the minimum qualifying marks of individual papers and the final cut off. It seems too liberal marking in interview alone has inflated the cut off to 325 for the General category. Below is the bifurcation given for individual category.

Q. How many candidates has been selected in the final list of UPSC CAPF ACs 2020?

Ans. In the above article, individual category wise cut off is given.